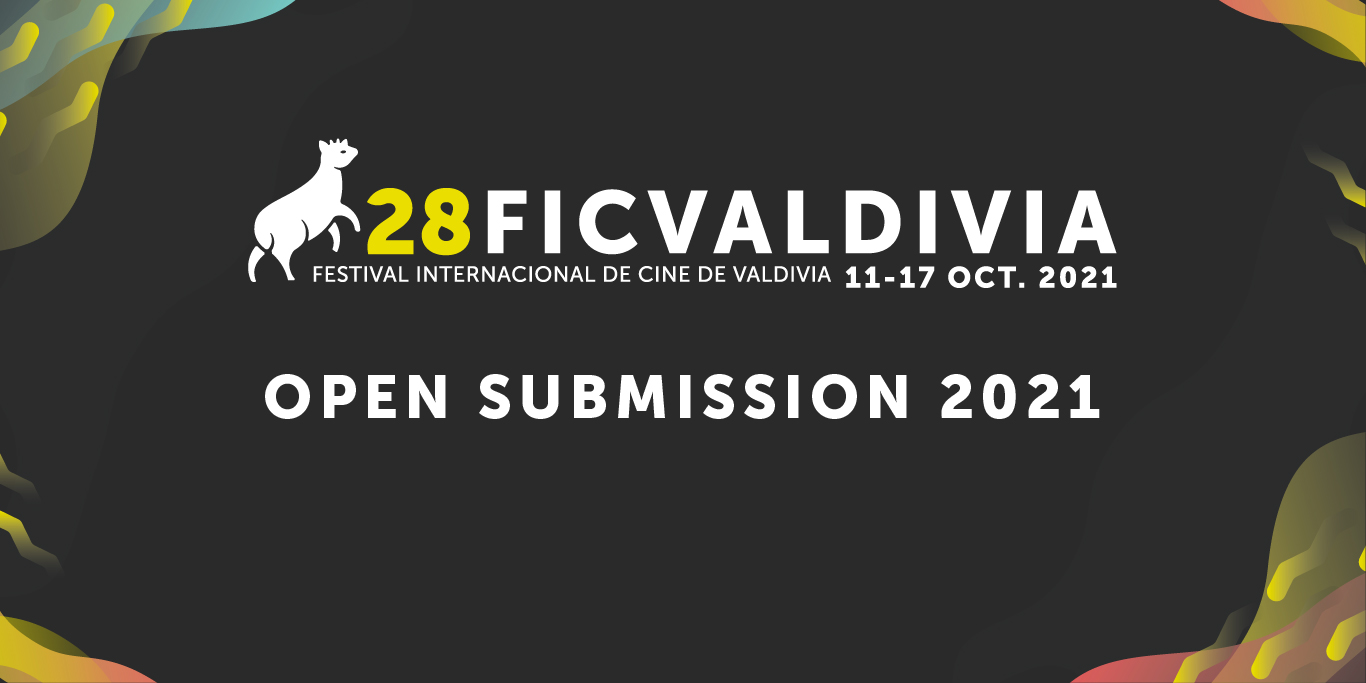 The Valdivia International Film Festival, seeking to offer filmmakers a space for diffusion and competition, along with promoting both national and international cinematographic production, officially announces the regulations for its 2021 call for motion pictures finished after March 2020.

This year, FICValdivia is expected to take place in a mixed or transitional modality, due to the health contingency. “Stemming out of our experience in 2020, when we held our festival completely online, along with a series of cultural activities, we hope to make this new edition of the festival in a mixed modality, both virtual and in-person, which will allow us to start recovering instances for audiences to connect with films. This of course, while implementing all the security and preventive measures, and coordinating with the corresponding authorities. We are aware that the health contingency has not been overcome, which is why we are issuing a strong call for all of us to take care of each other. Our hope it to recover the connection of audiences with cinema, at the venues, as always, with the best technical capabilities for screening, but also, with all health protocols active, while at the same time, keeping some activities of the telematic experience, to consolidate the relationship with new spectators, and broadcast our content to the entire country. As a festival, we have a mission regarding our audience, but also with the city of Valdivia and the Los Ríos Region. We want to reactivate and promote cultural and artistic activity, while giving a boost to the territory and its technicians and professionals, who support us, year after year,” remarked Raúl Camargo, Festival director.

As has become tradition, the registration and participation process is held through the FESTHOME web platform. Films sent by any other means will not be accepted.

The dates and timeframes for participation are as follows:

Starting now, the call regulations will be available at our website at www.ficvaldivia.cl. The Official Selection results will be published during September, at the same website and at Festival social media outlets.

This year, the Official Selection is made up of the following categories:

Feature Competition. Oriented to the exhibition of Chilean and foreign feature films, in the genres of fiction, animation, documentary or experimental, with a minimum length of 40 minutes.

Youth Feature Competition. Oriented to the exhibition of Chilean and foreign feature films aimed at audiences ages 14 to 20, in the genres of fiction, animation, documentary or experimental, with a minimum length of 40 minutes.

Children’s Short Films from Latin America and the Caribbean. Works shot by professionals for child audiences, in the genres of fiction, documentary, experimental and/or animation, made in any format, with a maximum length of 20 minutes, including credits, by adults hailing from Chile, Latin America or the Caribbean, in Chilean, Latin American or Caribbean territories.

This year, the jury will be made up of national and international personalities coming from the world of cinema, the arts and culture, except for the juries in the youth feature competition, composed of young moviegoers, and the children’s short film competition, which will be made up of girls and boys. In the different categories, the jury will present the following awards:

Children’s Short Film from Latin America and the Caribbean

Participants with any doubts or questions regarding the 2021 call should direct them to [email protected].

We invite you to keep informed of all the activities of the 2021 Valdivia International Film Festival at www.ficvaldivia.cl and our social media accounts.

The Valdivia International Film Festival was founded and is organized by Universidad Austral de Chile; it is produced by the Valdivia Cultural Center for Film Promotion; and it is convened by the Great City of Valdivia and the Los Ríos Regional Government.