With words of gratitude to the organizers of the 25th edition of the Valdivia International Film Festival, and a brief description of the themes and personal meaning behind her work, renowned director Jeannette Muñoz presented two of her emblematic short films, at Paraninfo Hall, in Universidad Austral de Chile.

A native of Santiago, Jeannette Muñoz is based in Switzerland since the 1990s, and her creations subtly reflect that feeling of distance from Chile, and the condition of being a foreigner. Her work revolves deeply around an observation of everyday objects and landscapes that transform into veritable souvenirs she stores in the delicate cinematographic wrapping of her camera. 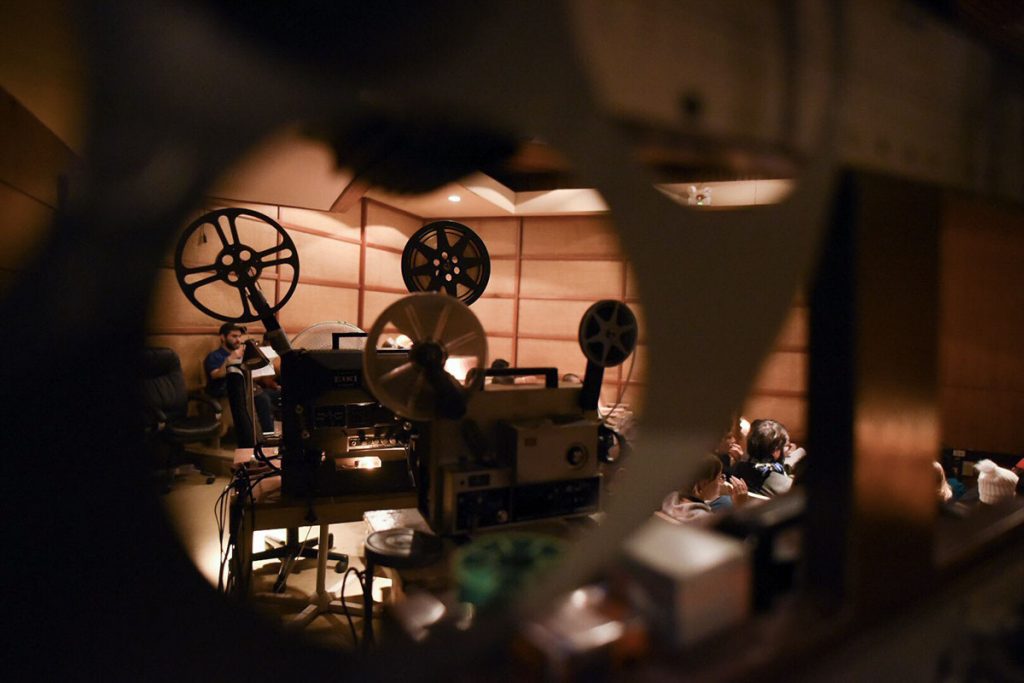 The titles that screened were Envíos and Puchuncaví, both of them permanent and autonomous projects, which began in 2005 and 2014, respectively, shot over time, in several fragments. Without a predetermined ending, both condense a political and aesthetic position that breaks with the productive logic that encases cinema at present.

Envíos (2005-) is a series of short films that Muñoz sends her friends, as if they were audiovisual letters. These are pieces of her life she cannot take in her suitcase, but that she keeps forever with her 16mm camera. Out of the collection of these “shipments,” a unique narrative arises, with the intimate seal of the filmmaker.

Meanwhile, Puchuncaví (2014-) is a project where the director intends to shoot the same site in this coastal town every time she travels there, during her visits to Chile. This place has a special connotation, when it comes to crystalizing the temporal mutations that Jeannette’s camera documents, since, in the past, it was a way station in the Inca Road System, and today, it is a fishing port. In fact, the loading and the arrival are fundamental aspects in Jeannette’s work, as her creative process is full of these physical movements and actions.

With the filmmaker present, the program will show once more, this coming Friday 12, at 6:30pm, at the Paraninfo Hall, in Universidad Austral de Chile.