With the premiere of two shorts, and a collection of 10 short films, filmmaker Azucena Losana presented a Ficvaldivia series devoted to her work 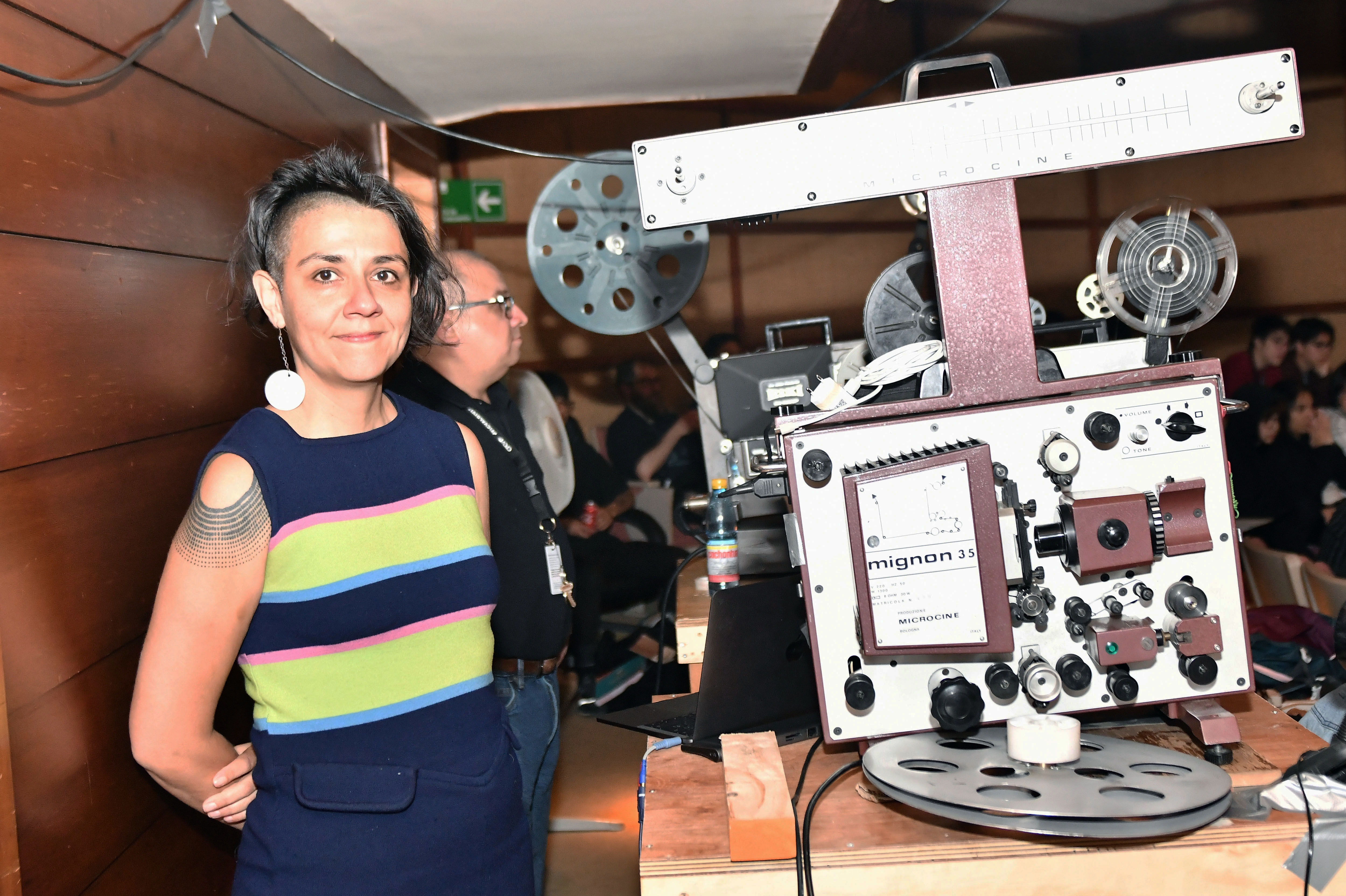 The renowned filmmaker is showing 12 of her shorts with projectors spanning different film formats, and which were manipulated live, during passages in the show, creating a sound and visual performance experience, during each segment.

At the end of the projection, the director answered questions from the audience, and delved deeper into the way she conceives the creative and technical processes for each piece. Additionally, she shared her perspectives on the importance of documenting trades, and characters, as a form of cultural resistance against time and oblivion