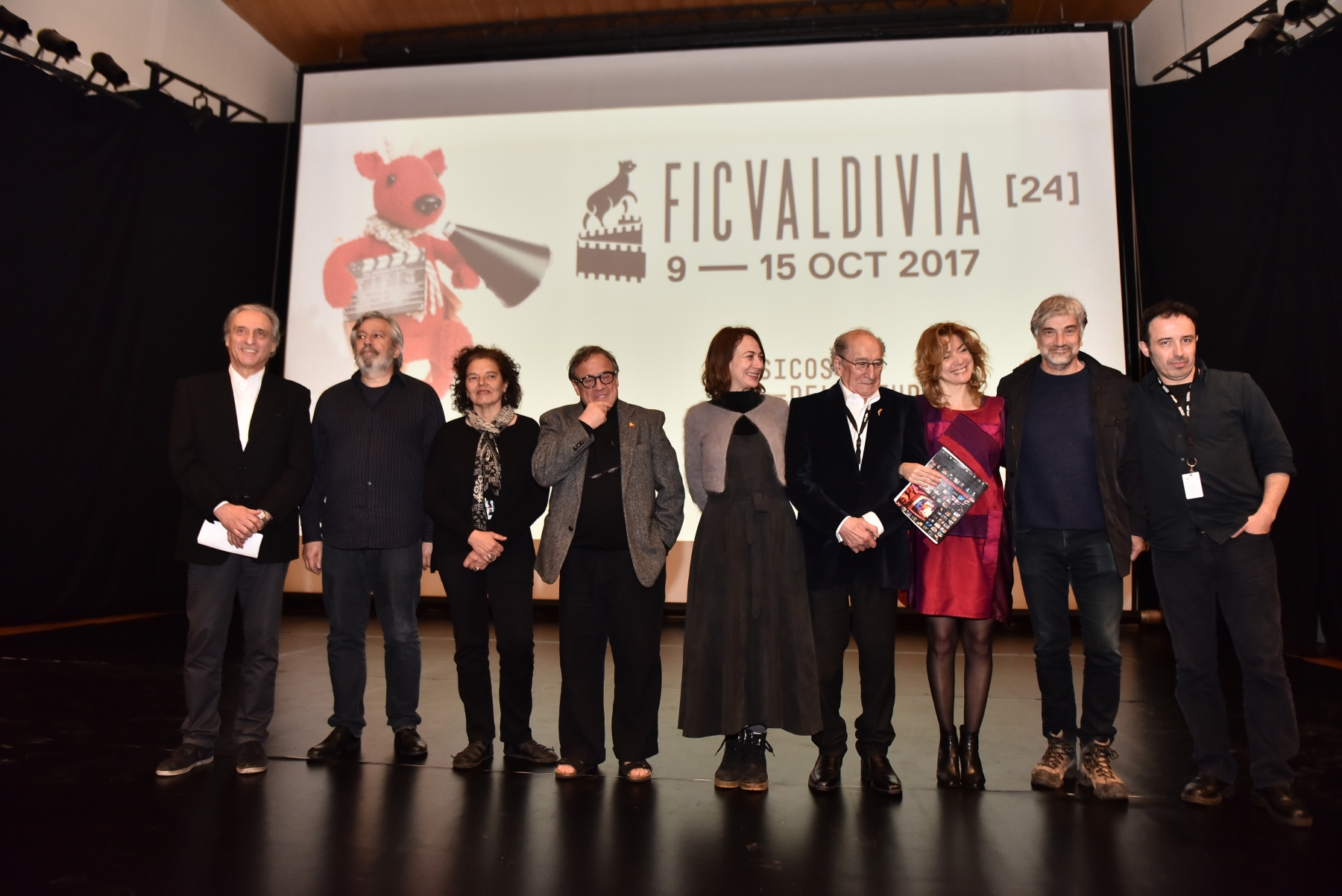 The main event in day two of the Valdivia International Film Festival was the Ibero-American premiere of Raúl Ruiz’s posthumous work, “La Telenovela Errante”. The screening took place at 10:45pm at the Aula Magna Auditorium in Universidad Austral de Chile, with the stars of the film in attendance, actors Francisco Reyes, Luis Alarcón and Patricia Rivadeneira. 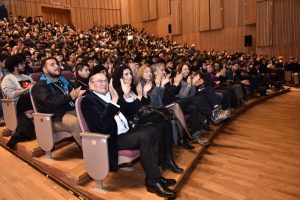 When she arrived to the premiere, actress Chamila Rodríguez, one of the key persons in recovering the film, reflected about the arrival of “La Telenovela Errante” in FICValdivia. “I am so happy. For me, it’s an honor that this movie will screen for the first time in Chile here in Valdivia. Raúl Ruiz shot the picture in 1990, but left it unfinished, like many other works of his, not only in cinema, but also in poetry and theater. It was in 2017 that, along with Valparaiso filmmaker Valeria Sarmiento, Ruiz’s widow, we were able to construct and finish the film, with editing by Galut Alarcón.”

On his part, actor Luis Alarcón declared not having completely assumed the director’s passing. “Well, what I feel is that Raúl Ruiz is not dead,” stated the star of other Ruiz films, such as “Tres Tristes Tigres” and “¡Qué hacer!” 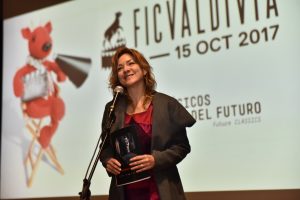 The Valdivia International Film Festival, which takes place on October 9 to 15, is a project sponsored by the National Council for Culture and the Arts, with the support of Universidad Austral de Chile, the Los Ríos Regional Government, the Great City of Valdivia, and the Los Ríos Corporation for Regional Development, institutions that together with the Valdivia Cultural Center for Film Promotion give life to this event.

Other activities and competitions

The activities that kicked off day two at FICValdivia began around 9am, with Natalia Valdebenito broadcasting her show “Café con Nata” live from the Science Tent at CECs (Center for Scientific Studies). Guests in the show were FICValdivia director Raúl Camargo and renowned film and TV actor Luis Alarcón.

At 10am, in the Aula Magna Auditorium at Universidad Austral, our children’s section began with a selection of short films for kids ages 0-6, while the School of Architecture and Arts presented ”Arte y Política”, a documentary directed by the celebrated Chilean-French theoretician Nelly Richard.

The other line of activities that also kicked off was the panel series VOCES, which debuted with two round tables open to the public, seeking to reinforce the social ties that FICValdivia has with the city. The first session touched on “How to Finance Cinema Today,” while the second panel revolved around the question of “How to Make Science Interesting.”

Regarding the different competitions taking place at FICValdivia, the following titles screened before the audience:

-“Chaque mur est une porte” by E. Gueorguieva (Bulgaria); “Let the Summer Never Come Again” by A. Koberidze (Germany); “Beyond the One”, by A. Marziano (Italy).

-“One Color Self-Portrait” by V. De Solminihac, and “Los Perros” by Marcela Said.