With the premieres of Martin Eden and Vitalina Varela, in addition to a focus devoted to Pedro Costa, FICValdivia finalizes announcements regarding the 2019 program 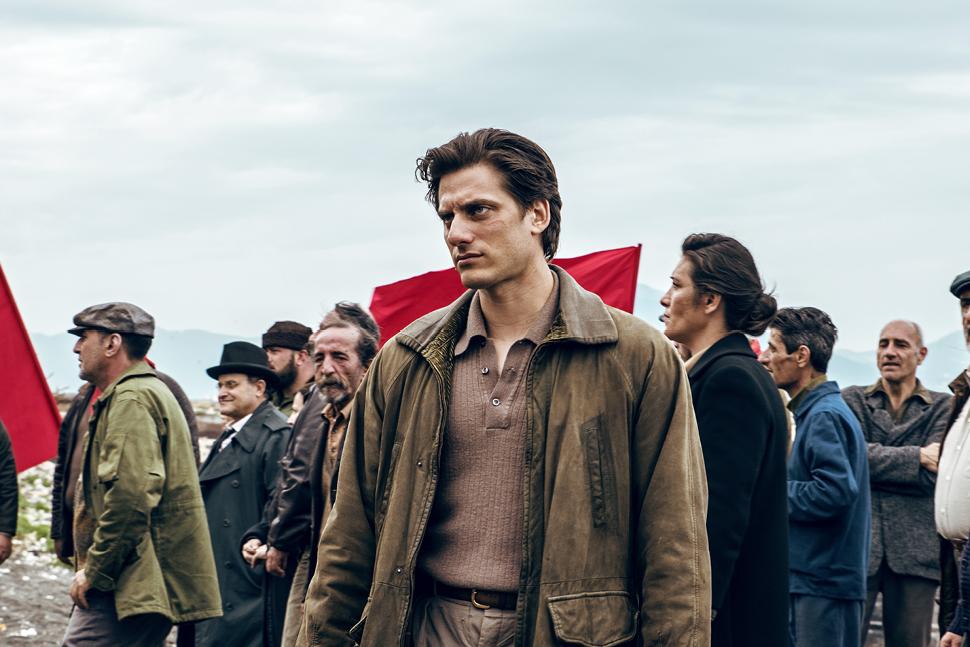 It has been almost a month since the 72nd edition of the Locarno International Film Festival bestowed the Golden Leopard for Best Picture to Vitalina Varela, the new film by Portuguese director Pedro Costa. The feature bears the name of the actress that virtually plays herself in the movie, and who had already had a relevant role in Costa’s previous picture, Cavalo Dinheiro (2014), which also collected accolades at Locarno, including Best Director.

Vitalina Varela, together with Cavalo Dinheiro (FICValdivia 21 Gala), and his earlier productions No quarto da Vanda (2000), and Juventud en Marcha (2006) make up this tetralogy that furiously delves into the destinies of immigrants from Cape Verde that have arrived in Lisbon in the last decades. Some of them have set up precariously in the impoverished neighborhood of Fontainhas, where Costa has insistently based his narratives over the past two decades, giving an account of the perpetuity in their destitute ordeal, the alienation, and death, as topics that remain in his cinema, like an obsession.

In this most recent stage in his career, Costa replaces the realism in Casa de Lava (1994), and Ossos (1997) – which still persists in Juventud en Marcha –, for a social-political statute that has been reduced to its essentials. The aesthetic purification in his works of the last decade emphasizes the vocation for denunciation these images possess. In that regard, Vitalina Varela’s journey from Cape Verde to Portugal, with the hopes of reuniting with her partner, only to find he has died, reiterates the brutal effects of social inertia in his country. Both in this and his previous pieces, aesthetic and ideological rigor define the limits of his directorial style, which is based on an architectural dimension, where the shacks and shanti towns of Fontainhas have progressively devoured and shut away the characters.

The appearance, and triumph, of Pedro Costa’s new film at Locarno turned it into one of the most anticipated titles of the year. In response to this urgency, Vitalina Varela will hold its Latin American premier at FICVALDIVIA 27, the crowning point of a focus on this Portuguese director that will also include his previous pictures No Quarto da Vanda, Juventud en Marcha, and Cavalo Dinheiro.

The final picture in the Gala section this year, one of the most important sections at the festival, since it connects cinephile audiences with some of the key works from the great contemporary directors, is Martin Eden (2019), by Pietro Marcello, an Italian filmmaker that begun his career in the documentary format, achieving notoriety with Il Passaggio della Linea (2007), – an observational record of several locations in Italy, through the train lines that cross them –, and especially, with La Bocca del Lupo (2009), a tale about the relationship between a criminal and his transsexual partner, who has decided to wait for him for the duration of his sentence. In 2010, the picture received the Teddy Award at the Berlin Film Festival, and the Award for Best Picture at the Torino Film Festival, among other recognitions in the international circuit.

Marcello’s transition into fiction was solidified with Bella e Perduta (International Feature Competition at FICValdivia 2015), a movie that extends the impeccable craftsmanship of his previous work, and his careful capacity to pick characters that animate this tale of the relationship between a servant and the buffalo he must protect, the last will of his master.

For Martin Eden, the filmmaker took the eponymous and semiautobiographical story by Jack London, which recreates the narrative of a sailor who is taken in by a high-class family, and who defined his vocation as a writer from this encounter.

The movie sets London’s original story in early 20th Century Italy, in the midst of the proletariat struggles. Among the many licenses in the staging, including the anachronisms in the soundtrack, Marcello takes advantage of the tension between the working-class’ political interests, and the high class that welcomes the protagonist, to emphasize it with different textures and image formats. For this reason, the film, shot in Super 16mm, relies on archival footage to amplify its political readings.

All in all, FICValdivia will screen the movies that collected the Golden Bear (Synonymes by Nadav Lapid), and the Silver Bear for Best Director (I Was at Home, But by Angela Schanelec) at Berlinale; the Golden Leopard for Best Picture (Vitalina Varela by Pedro Costa), and Best Director (Les enfants d’Isadora by Damien Manivel) at Locarno; the Best Picture Award at FIDMarseille (Nunca subí el Provincia by Ignacio Agüero); and the Platform Award for Best Film at Toronto (Martin Eden by Pietro Marcello), together with the latest films by the great authors in contemporary cinema, such as João Nicolau, Federico Veiroj, Corneliu Porumboiu, Martín Rejtman, Nicolás Pereda, Deborah Stratman, Ben Rivers, Kevin Jerome Everson, Teddy Williams, Abbas Fahdel, José Luis Torres Leiva, and Alejandro Fernández Almendras.

FICValdivia has an institutional platform made up of Universidad Austral de Chile, the Valdivia Cultural Center for Film Promotion, the Great City of Valdivia, the Los Ríos Regional Government, and Codeproval, and it is made possible in part by funding from the Ministry of the Arts, Cultures and Patrimony.

All the information at joseluisr15.sg-host.com