Vladimir Léon, “In my film, there are elements and clues to understand the present.” 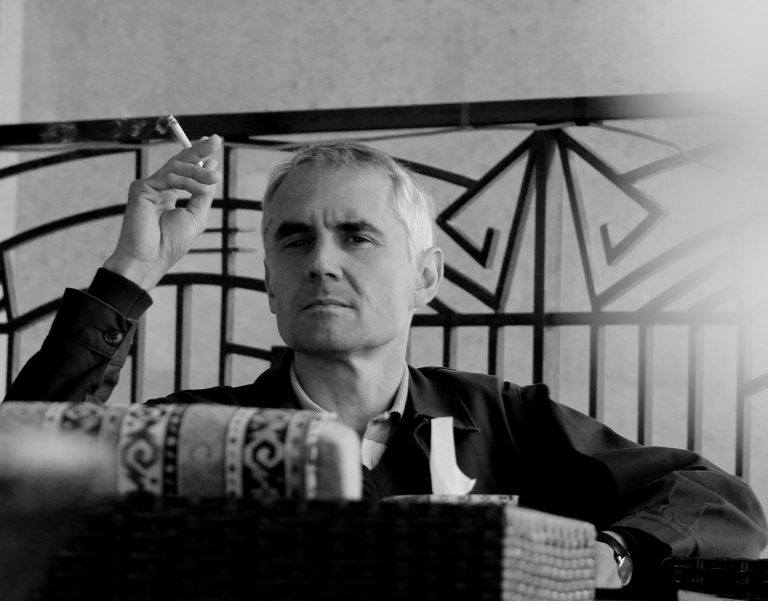 Author of My Dear Spies, Best International Feature in 2020, the Russian director based in France had an interesting exchange with the audience, where he spoke about his documentary, family secrets, and the current situation in Russia. His visit is part of an homage FICValdivia paid to the award-winners that two years ago could not come because of the pandemic.

In the section devoted to the Award-winners of FICValdivia 2020, last Wednesday was the screening of Mes Chers Espions, by France-based Russian director Vladimir Léon, a documentary about family secrets and the search for roots, which was conceived after the passing of the filmmaker’s mother. A suitcase of hers, full of photographs and writings, works as a guide to reveal a mystery: why were her parents and her deported from France to Russia in 1948? In what context did she return, along with her grown boys, back to French soil in 1975? The answers point to Lenin, the KGB, and the DGSI, prompting Vladimir – and his brother, filmmaker Pierre Léon – on a journey through the vestiges of the Soviet Union.

Mes Chers Espions is both political and personal, and it captivated the audience at the festival.

“2020 was a complicated year for cinema,” recalls the author of cinematographic works such as Nissim dit Max (2004), Le brahmane du Komintern (2006), and Les anges de Port Bou (2011), after the show at Cineplanet. “The documentary premiered at Visions du Réel, and the same day of the projection we went into lockdown. The festival director told us, “It’s all over.” It was hard. Later, online screenings were strange because you couldn’t really tell how people were reacting. Q&As over the internet also felt strange. So, coming here and showing the film in front of an audience that asked questions was a luxury. It is a very happy moment for me. It is the return to normal life, to people, to reactions.”

How did finding a family suitcase end up being a documentary?

I have always been obsessed with family history. In the film, there are archives shot 10 years ago; some even documented in 1989. I have been filming my family for a long time. What drove this documentary was really my mother’s passing. At that time, I asked myself, “should I stop because she is no longer here, and never really answered my questions, or should I continue?” So, I decided to do something about it, and beyond that, also to speak about contemporary Russia. It was a way of going into the country and telling something about our times. I obtained funding, producers, and off we went. It is a long story, but we made the decision to go to Russia quickly.

Many of the audience questions pointed to the war in Ukraine. How does the documentary help us understand the conflict?

In the film, there are elements and clues to understand the present, because of its structure, where memories of the past combined with the present. For example, we hear my mother’s journals, but we see current images. So, in a way, I think only a new layer has been added today. I don’t know how the future will be, but I am sure there will be layers upon layers, showing us how much things change, but, at the same time, how much they stay the same. Unfortunately, there are things that repeat in a very similar fashion, as time goes by.

Mes Chers Espions will screen again on Friday 14, at 6:30pm, at Cineplanet.