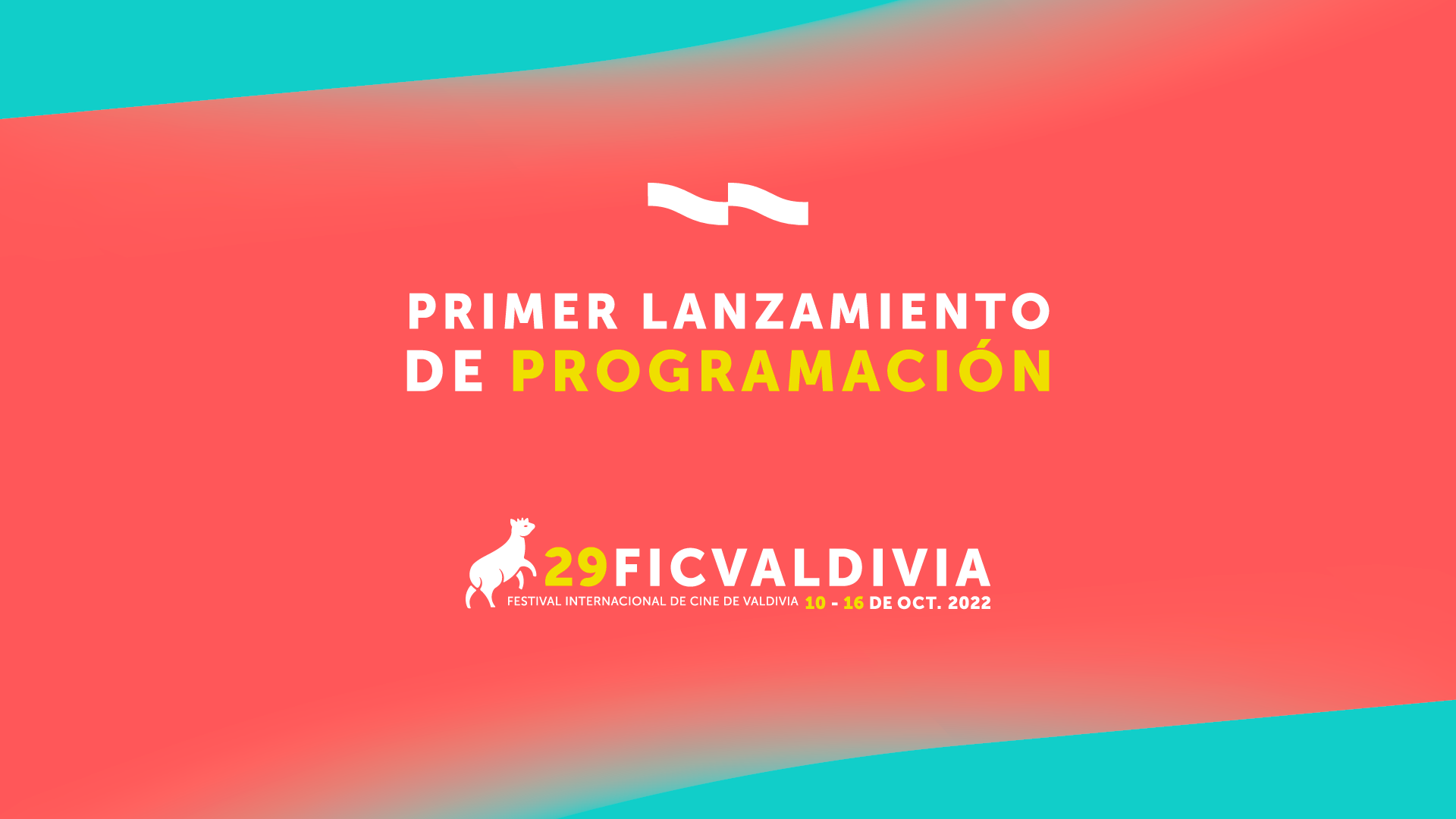 FICValdivia 29, which will take place this year from October 10 to 16, made its first program announcement this week, with the movies that will add to Mato Seco em Chamas, by Joana Pimenta and Adirley Queiros, previously confirmed as the event’s Opening Film. The announcement covers the first five films to be part of the Official Feature Selection, along with the first focuses and tributes.

Magnitika Pedia is a piece built out of experimentation, which barely had a vague plotline 15 days prior to shooting, and which hinges almost entirely on actor improvisation. Shot in Mini DV, a practically anti-industrial format these days, the movie narrates the wanderings of a dancer that, fed up with her family routine and the rigors of her artistic practice, runs away on a ferry, only to encounter an antagonistic character, an office clerk on his way to bury his aunt’s remains. The picture’s appeal lies in the apparent contradiction between the imposition of certain constraints in its making, and, at the same time, the freedom that stems from them, both in the acting, and in the ease with which the story appears not to adhere to any specific dramatic configuration, except for the encounter of these two characters that come together, out of their extreme differences, into a common path. The film stands almost exclusively on the two protagonists’ performances, and on the intensity with which Yorgos Goussis incorporates the physical space, not as a purely geographic framework, but as an active and fundamental dramatic element, in the course of the narrative.

Zi hua xiang: 47 gong li tong hua, in turn, is the latest offer in the 47KM project, a series of several documentary films Chinese director Zhang Mengqi has completed since 2010, where she has been rebuilding and recovering the memory of women in her family. This new picture commemorates ten years since the beginning of the series. In it, Mengqi documents the building process of a new family home, where the women, contrary to her previous films, intervene as filmmakers, interacting with the inhabitants of the community where they lived.

FICValdivia had already screened the first feature by Bosnian director Dane Komljen, All the Cities of the North, in its 23rd edition, and his short Phantasiesätze, during its 24th version. Now, he is back with his second full-length Afterwater, a movie that is built progressively with bits of documentary, drama, and experimental cinema, organized as an environmental research film, around lakes in different parts of the world. It compares them on variables that escape the purely natural, and that expand into the cultural, the poetic, and into matters of identity.

1976, a project that Manuela Martelli has developed for close to ten years, premiered internationally at the Directors’ Fortnight, in the recent edition of the Cannes Film Festival. Set during the first years of the Pinochet dictatorship, it narrates the encounter of a high-class woman and a young leftist militant who has sustained a gunshot wound. She agrees to look after him, hiding the man from DINA (the secret police). To the woman, this means the irruption of political violence into her affluent, carefree life. She has left Santiago specifically to supervise the refurbishing of her beach house, and the appearance of the young man supposes a change in her consciousness as an adult, apolitical woman.

Although the story comes from the filmmaker’s family memories, there is a balance in the film between the historic dimension – and the reconstruction of the social climate in the harsher years of Pinochet’s repression – and the way in which Manuela Martelli projects the picture, based on the main character’s complex psychological constitution.

Proyecto Fantasma is the first full-length fiction Roberto Doveris finishes, after the success of Las Plantas at the Berlin Film Festival in 2016, and it possesses the seal of a movie done for the sheer pleasure of filming. The piece centers on Pablo, a young actor in his 30s that makes a living as a simulated patient, while trying to accomplish his goal of working in cinema. Along with his precarious, poorly compensated trade, Pablo’s love life is likewise unstable: he just broke up with his partner and has been left alone in his apartment. In this scenario, as in Las Plantas, Doveris’ narrative starts to approach fantasy film, while not abandoning comedy, and takes on an everyday, descriptive perspective regarding the expectations and delusions of the director’s own generation.

The Tribute section at FICValdivia announces the reinstatement of two key films in cinema history: Nanook of the North, Robert Flaherty’s acclaimed motion picture that celebrates 100 years since its premiere, and Reminiscences of a Journey to Lithuania, an essential work by Jonas Mekas, the father of American independent cinema, which in October will commemorates 50 years since its first screening, at the 1972 New York Film Festival.

Both pictures approach an exploratory dimension from non-fiction. The former documents the daily life of an Innuit family in northern Canada. The latter is a journey to reencounter the filmmaker’s cultural roots.

Nanook of the North was the result of the director’s years of exploration in the area close to the Canadian border, especially in the Hudson Bay. It was also the conclusion of a learning process Flaherty began, as an aficionado, in 1913, and which he managed to finish in 1920, when he obtained sufficient funding to complete this first full-length film that captures the daily life of its protagonist, his wife, children, and dogs. Nanook of the North consolidated the realist vein in the beginning years of cinema, confirmed the dramatic and emotional intensity contained in the characters’ daily lives and physical activities, and especially, became the starting point for ethnographic observation in cinema, which would reach political dimensions, with the work Jean Rouch started to make at the end of the 50s.

Mekas’ film is on opposite ends of the formal spectrum. A Lithuanian immigrant that arrived in the United States together with his brother Adolfas, in the mid-1940s, he became a chronicler and driving force behind the American independent cinematographic scene. Reminiscences of a Journey to Lithuania is a settling of accounts with the filmmaker’s heritage. In a format related to personal travelogues, he portrays in the movie impressions, encounters, and memories organized out of an abundant personal archive, and from images captured in this return to his European home. As he did in his previous picture, Walden: Diaries, Notes and Sketches, made three years prior, Mekas insists in combining cinematographic textures, and in randomly articulating images; these are not always articulated by the director’s thick voice, but also by visual relationships that are much more subtle and beautiful.

As is tradition, FICValdivia will carry out a series of focuses that bring together the works of a director, to share them with our audiences. For this edition, we have decided to dedicate one of these series to the filmmakers and award-winning films of FICValdivia 27 (2020), which took place online, due to the health contingency, and whose films therefore did not get the chance to show on the big screen.

We are referring to the French director of Russian origin Vladimir Leon, with his documentary Mes Chers Espions (winner of the Feature Competition). The picture reviews the filmmaker’s family past, rebuilding his parents’ links to Russian spying devices. Also in the series will be Argentine director Andrea Testa, along with her full-length Niña Mamá (top prize at the Youth Feature Competition), which documents cases of at-risk teen pregnancies in Buenos Aires; Las Fauces, the award-winning picture in the Latin American Short film Competition, by Colombian author Mauricio Maldonado, a piece that reflects on his country’s violence, out of an encounter between the living and the dead; and Napo, the short by Brazilian director Gustavo Ribeiro that earned Best Latin American Children’s Short Film, an animation where a boy tries to offset his grandfather’s Alzheimer’s by reconstructing his history, based on an old family photo album.

Completing these announcements is the focus devoted to Argentinean filmmaker Ana Poliak, who was also part of the 2020 online edition. This time, we will screen her filmography in 35mm copies, and the director will be in person, in Valdivia. Since her feature film debut in the mid-90s, Ana Poliak has remained in an independent, silent area, constructing a body of work that shares a border with documentaries, expressing the tension between freedom and capitalism. FICValdivia 2020 showed her three features –¡Qué vivan los crotos! (1995), La fe del volcán (2001), and Parapalos (2004) – contributing to bring her work out of the regrettable anonymity it has suffered, in the general context of Latin American cinema.