The cinematographic event with the broadest scope in the country has announced part of its Official Selection for its 25th anniversary: 23 motion pictures in its three competitive sections open to full-length movies, including pieces from Europe, the Middle East, Africa, Asia, and Latin America, with Latin American debuts, and films that have chosen Valdivia for their world premieres. In addition to the competing pictures, the films that will take part in the festival’s opening and closing ceremonies were also announced. The event will take place between October 8 and 14, this year. The complete 2018 program will be announced on Monday September 24.

FICValdivia will present a special program to celebrate this important anniversary, 25 Years/ 25 Chilean Films. The series will feature 6 national full-length pictures that have made a mark in recent Chilean cinema history, along with 19 short films from Chilean directors that have been part of the Valdivia International Film Festival program, throughout its history. Furthermore, there are many novelties that will screen at the main events in the Festival: “Both in the Opening and Awards Ceremonies, there will be a series of milestones and surprises, such as the screening of two historical recoveries we have undertaken at the Festival: La Maleta by Raúl Ruiz, recovered by the Festival, together with the Universidad de Chile Film Archive. We are celebrating ten years since its world premiere at FICValdivia 15, and fifty-five since its filming. In the Awards Ceremony, we are presenting an emblematic movie in the filmography of the Chilean south: El Último Cuatrero by Armando Sandoval, which was part of the patrimonial recovery taken on by the Valdivia Cultural Center for Film Promotion, and which will be musicalized once again by the Valdivia Chamber Orchestra, as it was during its re-release in FICValdivia 2010,” says Festival Director Raúl Camargo.

For this anniversary, the Valdivia International Film Festival organized two double-feature programs, including a short and a full-length movie both for the Opening and Closing Ceremonies. Screening during the Opening will be the short film by Thai director Apichatpong Weerasethakul Blue, celebrating its Latin American premiere. Weerasethakul is one of the most critically acclaimed filmmakers in the 21st century, and has been a part of the FICValdivia program in the past; last time, his film Cemetery of Splendor participated in the Gala section, in 2015. The Opening Feature will be the second film by Chinese filmmaker Bi Gan, Long Day’s Journey Into Night, also in its Latin American premiere. The film debuted in the Un Certain Regard section in the Cannes Film Festival this year, and continues the director’s unique visual exploration – following his opera prima Kaili Blues, which was part of the Official Competition at FICValdivia 2015 – this time experimenting with 3D images.

Closing the festival will be the screening of the latest piece by renowned Chilean filmmaker José Luis Torres Leiva, the short film Sobre Cosas Que Me Han Pasado, based on the eponymous book by Marcelo Matthey, and which will celebrate its world premiere at San Sebastian Film Festival. The Closing Feature will be the Latin American premiere of Yara, third full-length by Iraqi director Abbas Fahdel, who shook the audiovisual world in 2015 with his documentary – lasting over 5 hours – Homeland: Iraq Year Zero, which screened in the Valdivia Festival that same year. This time, Fahdel delves into fiction, dealing with the topics of migration and displacement as someone who has experienced them first-hand.

One of the many ways in which we celebrate the 25th anniversary of the Valdivia International Film Festival is with the creation of a new competitive section, directed to young audiences, which brings together movies from Latin America, Europe and Asia.

“We want to remember our history, celebrating it together with our audience and the Chilean filmmakers that have been with us throughout all these years, allowing FICValdivia to be what it is today,” says Raúl Camargo, regarding the 25 years 25 films series, which will include 6 national full-length pictures that have made a mark in recent Chilean cinema history, and 19 short films by national directors that were part of the Valdivia festival program, over the course of these 25 years, totaling 25 motion pictures in a can’t-miss program to understand the latest quarter-century in Chilean cinema:

Festival passes for FICValdivia 25 are on sale now at ficvaldivia.cl, with prices for the general public and students.

FICValdivia is sponsored by the Ministry for Cultures, the Arts and Patrimony, and receives the support of Universidad Austral de Chile, the Los Ríos Regional Government, the Great City of Valdivia, and the Los Ríos Corporation for Regional Development. All these organizations work together with the Valdivia Cultural Center for Film Promotion to celebrate this first quarter-century.

Find more information about the Festival at all our social media outlets.
Press contact: [email protected] 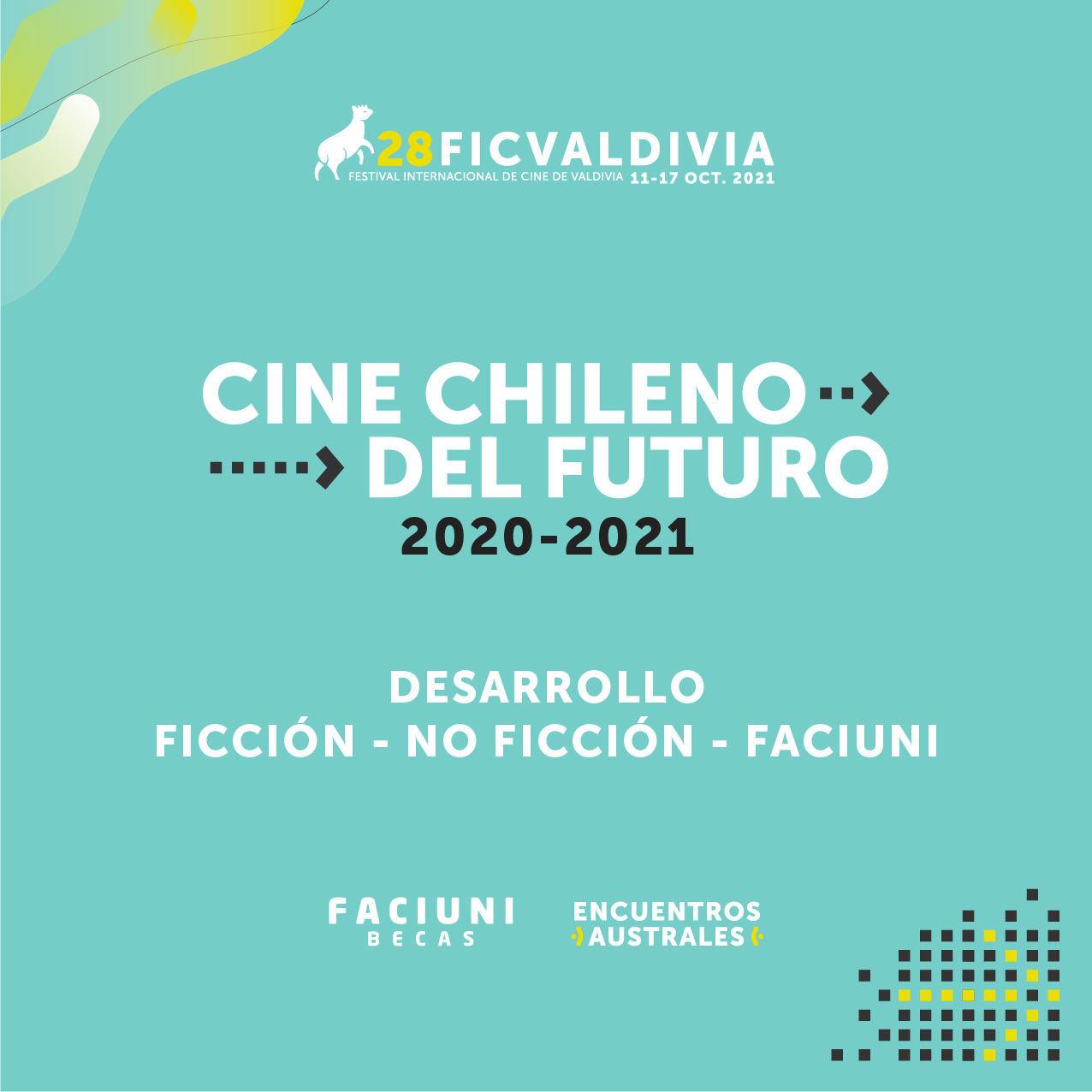