Shorts from Latin American countries such as Brazil, Argentina, Peru and Colombia make up the Official Latin American Short Film Selection, twelve pictures audiences will be able to enjoy, between October 8 and 14, part of the 25th edition of the Valdivia International Film Festival. From the selected shorts, half are Chilean in origin, and five will hold their world premieres at the event.

For the most part, these select short films have already premiered and traveled around prestigious festivals, and continue their journey in Chile, participating in this competitive section. The documentary Las Fuerzas, by Paola Buontempo (Argentina, 18’, Chilean Premiere), showed at the French festival Cinema Du Reel, while the Brazilian fiction Estamos Todos Aquí, by Chico Santos & Rafael Mellim (Brazil, 19’, Chilean Premiere) participated in the festivals Olhar de Cinema and Muestra Tiradentes, both in its country of origin.

In turn, the other Argentine short in the competition, Toda mi Alegría, by Micaela Gonzalo (Argentina, 13’, Chilean Premiere) was part of the Generation Kplus section at Berlinale, in Germany, this year. Meanwhile, both Colombian short films were featured at this year’s Locarno International Festival, and both will celebrate their Latin American premieres at Valdivia: El Laberinto, by Laura Huertas Millán (Colombia, 21’), and La Máxima Longitud de un Puente, by Simón Vélez (Colombia, 14’).

A portion of the Chilean shorts selected in this competition has also circulated around festivals, as is the case with Una Luna de Hierro, by Francisco Rodríguez (Chile, 28’, Latin American Premiere), which screened this year at the North American series Art of the Real, in New York, as well as in the Huelva Festival. On the other hand, Un Cortometraje Sobre Educación, by Sebastián Arancibia (Chile, 18’, Latin American Premiere), had its world premiere at the Clermont Ferrand Festival, one of the most prestigious instances for short films around the world. 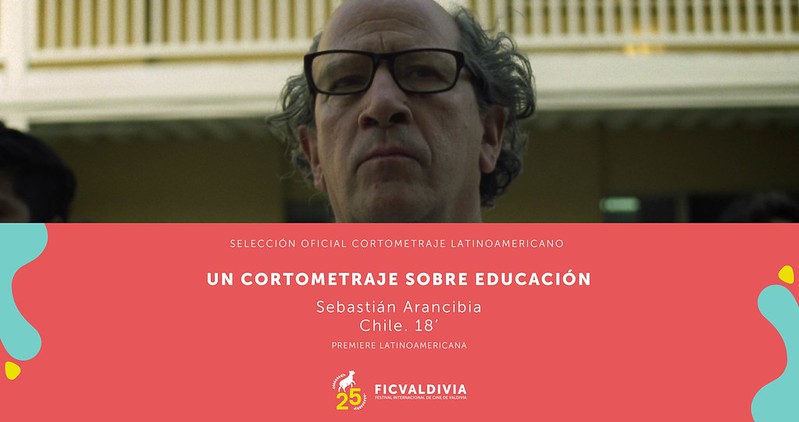 The jury for this selection, charged with awarding the Pudú for the best short, is composed of Jeannette Muñoz (Chilean director based in Switzerland, at the Festival, presenting a series of her works), Malena Szlam (Chilean filmmaker working in Canada, also in Valdivia with a program of her short films) and Álvaro Arroba (Argentinean programmer at Bafici).

The jury members for the other official selections at the Festival were also announced. The Official International Feature Selection will have the presence of Fabienne Hanclot (general delegate of ACID, the French Independent Cinema Distribution Association, which has a section at Cannes devoted to debut features), Benjamín Doménech (Argentine producer of Latin American pictures, such as Los Perros, Zama and Introduzzione all’Oscuro), and Camila José Donoso (Chilean filmmaker, director of movies that have received awards at the Valdivia Festival, like Naomi Campbel, and Casa Roshell).

The jurors for the Official Chilean Feature Selection are Giona Nazzaro (General delegate at the Critic’s Week in the Venice Festival, and programmer at the Visions Du Reel Festival), Maria Bonsanti (director at EURODOC, a training program for documentary filmmakers), and Matthijs Wouter Knol (director at the European Film Market, and former programmer at Berlinale Talents).

Alternatively, the award for the Official Latin American Children’s Short Film Selection will not be determined by an established jury, but by the audience, made up of children from multiple schools in the Valdivia area, who will choose their favorite. The pictures selected this year were made by groups of children and teens from diverse social and cultural backgrounds. They are: Todo Va a Estallar, by the Filmándonos cinema for teens project (Argentina, 2017, 3’); No Importa de Donde Vengas, by Pablo Neruda School – Ojo de Pescado Festival (Chile, 2017, 4’); Embalse Rungue, Tesoros Naturales, by children from Runge – Escuela Documentales de Barrio (Chile, 2017, 11’); La Mochila de Agustín, by children from Public School N°13, in Castelli, Buenos Aires Province (Argentina, 2016, 4’); and Santiago, No Tiene Mar, by students from Liceo Experimental Manuel de Salas (Chile, 2017, 17’). 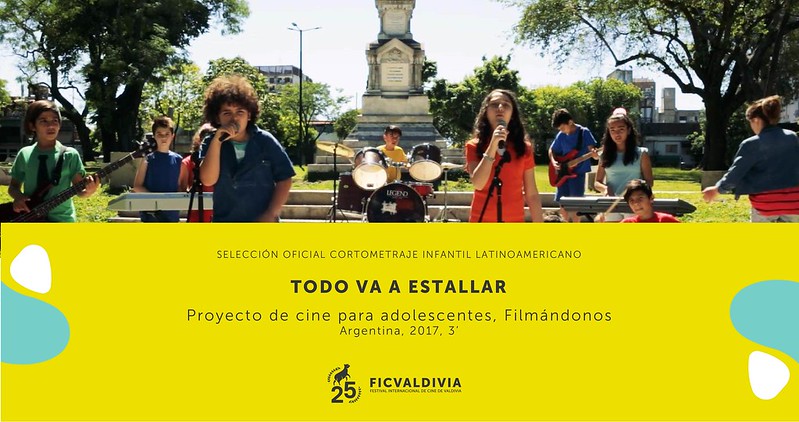 Closing the Official Selection are the participants in Future Chilean Cinema, which for the second year in a row, gives awards to the best Chilean feature-length projects still in processes of editing and post-production. This time, the films have divided into two categories, taking into account how advanced the projects are: films in post-production, and films with a first cut.

The motion pictures competing in the First Cut section are: Anacoreta, by Francisco Bermejo (full-length documentary about a hermit); El Día Más Largo, by Diego Escobar (the only fiction feature by the group); Nunca Subí al Provincia, by Ignacio Agüero (the most recent documentary project by the award-wining Chilean director); and Vestigios, by Brian Cullen (full-length documentary in essay format). 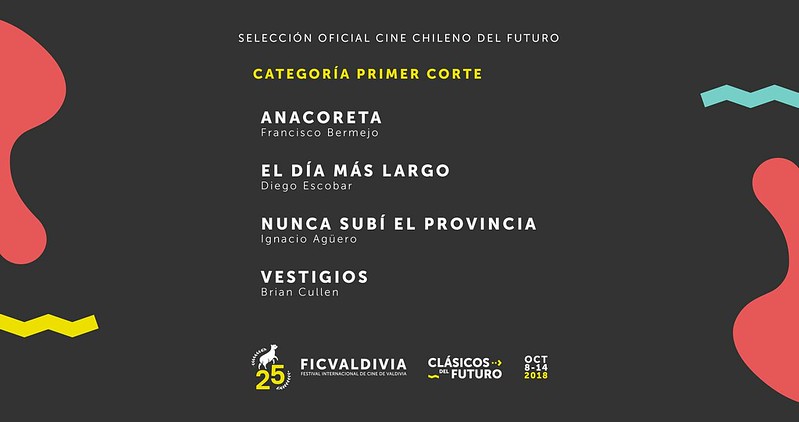