The 25th edition of the Valdivia International Film Festival kicked off this Monday with the presence of the Minister for Cultures, the Arts and Patrimony, and a tribute to Chilean directors and national cinema. 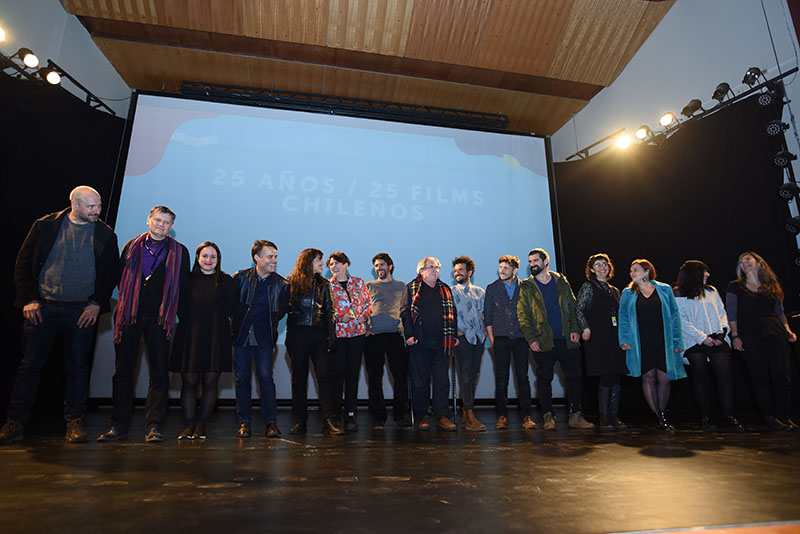 The 25th edition of the Valdivia International Film Festival kicked off this Monday October 8. The Opening Ceremony was hosted by renowned actors Mariana Loyola and Gastón Salgado, and included the participation of the Minister for Cultures, the Arts and Patrimony, Consuelo Valdés, together with Los Ríos Region Intendant Cesar Asenjo, the Mayor of the Great City of Valdivia, Omar Sabat, Universidad Austral de Chile Chancellor Oscar Galindo, the Chairman of the Board at the Valdivia Cultural Center for Film Promotion, Juan Quintana, and Festival Director Raúl Camargo, among other authorities. 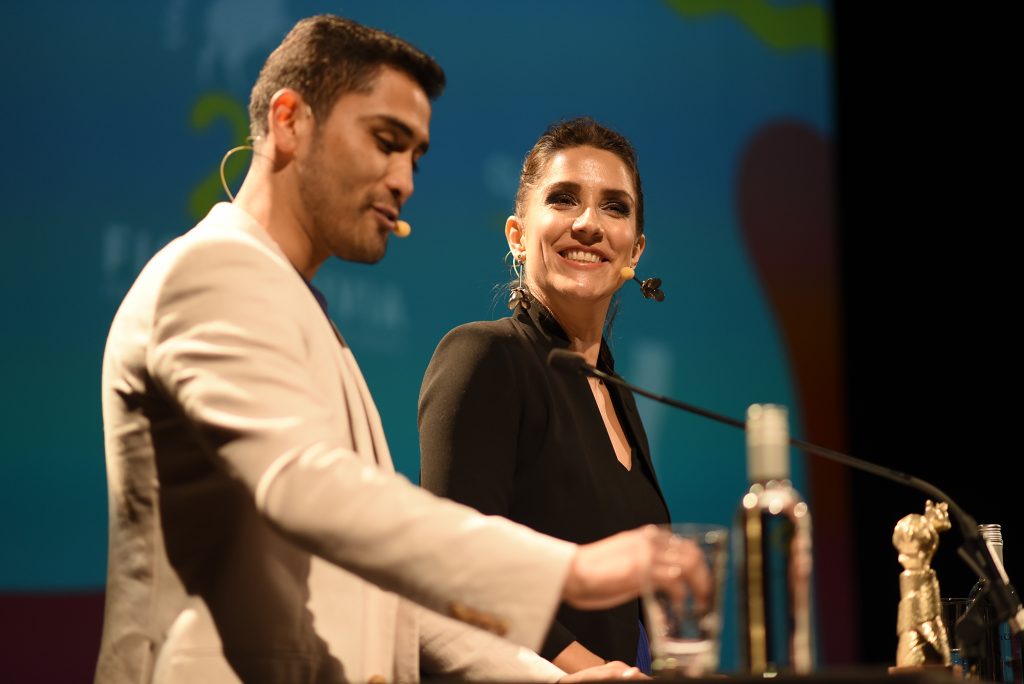 The gala opened with a tribute to Chilean filmmakers that have constructed the history of the Festival with their works, throughout the 25 years since its inception. They were invited onstage to receive the warm recognition of the audience. Their creations will be part of the 25 Years / 25 Films Program, as a special tribute by the festival.

The Minister of Cultures, the Arts and Patrimony, Consuelo Valdés, thanked the organizers’ invitation, and emphasized the government’s commitment with the festival, valuing its function as a cultural, social and economic contribution to the region.

“This Festival is a triumph of the civil society, because it arose from a small cinema club, founded and maintained under the auspices of Universidad Austral de Chile, and thanks to a love for cinema, tenacity and associativity, it has ended up inspiring an entire city. It has been 25 years of constant effort to grow, improve and secure a position both within and beyond our borders. As a Chilean, this fills me with pride, particularly considering the special moment Chilean audiovisual is currently undergoing.” 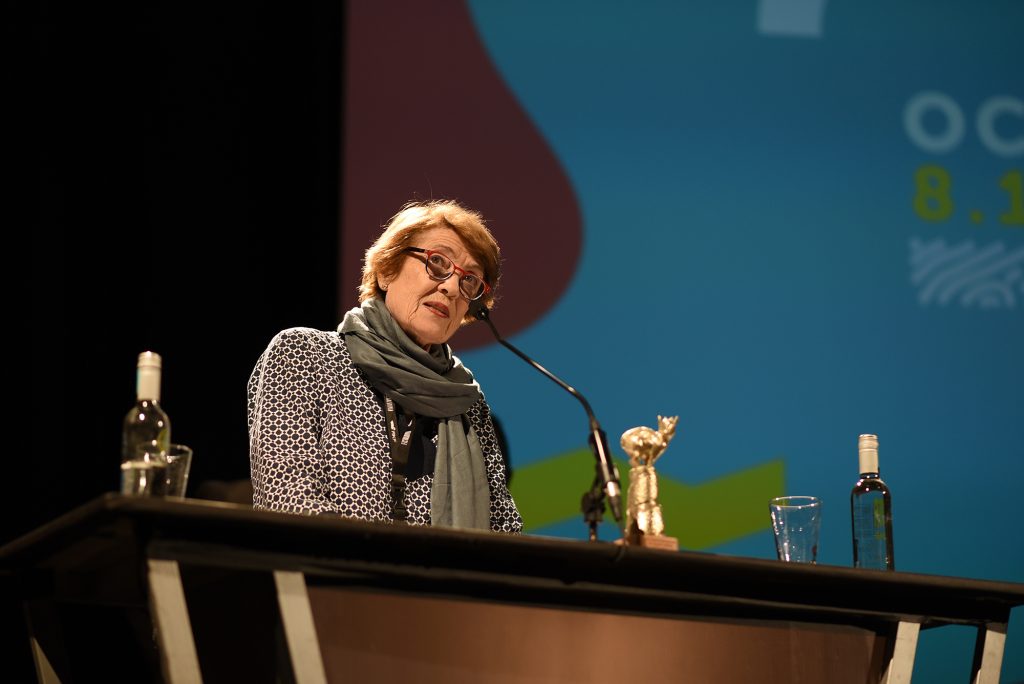 Meanwhile, Los Ríos Regional Intendant Cesar Asenjo reaffirmed the government’s commitment to work together with cultural developers to achieve an integral development in the region, pointing out that “events like the Festival allows Los Ríos to become known as a cultural hub in the country, positioning Valdivia as one of the cultural capitals in Latin America.”

The Mayor of the Great City of Valdivia, Omar Sabat, valued the work carried out by the Festival organizers, especially in its social scope, highlighting the labor they do at public schools in the region. He also stated that, at the local level, they have spoken of the need for having a special fund devoted to the International Festival, along with a cultural infrastructure required for its operation and the development of its activities.

In his remarks, Universidad Austral de Chile Chancellor Óscar Galindo called for a cultural decentralization process, so the country can become more territorially balanced and democratic. “It is necessary to generate a cultural institutional framework with decentralized competencies and budgets. The region has been able to build a cultural citizen endeavor that deserves to be taken into account and appropriately supported. The Valdivia International Film Festival is a clear example of this, and as such, should be the premier film festival in the country.”

In the same line, the Chairman of the Board at the Valdivia Cultural Center for Film Promotion, Juan Quintana, advocated for a stable financing system that guarantees FICValdivia’s proper functioning. “This festival requires a stable financial structure, in order to plan for everything we want to do, over the next 25 years.” He also addressed the first class of audiovisual students at Universidad Austral de Chile. “The future classics in the coming 25 years are being nurtured today, at this Festival; you will be the originators of the classics of the future.”

He emphasized that “despite the budget cuts this year, the FICValdivia spirit is to make the best festival possible with the resources available, independent of the amounts. Now, it is time to have a good time, celebrate, reacquaint ourselves with the movies, and meet once more, as citizens, to discuss cinema from a lofty perspective.”

One of the more emotional moments at the ceremony was the homage to renowned researcher and academician Alicia Vega, who received the Honorary Pudú for her contribution to cinema and culture in the country, and her work of over 30 years with children and teens in Chile, through her film workshops. The prominent educator understood that cinema is a door to escape the marginalization many human beings live in, particularly children. 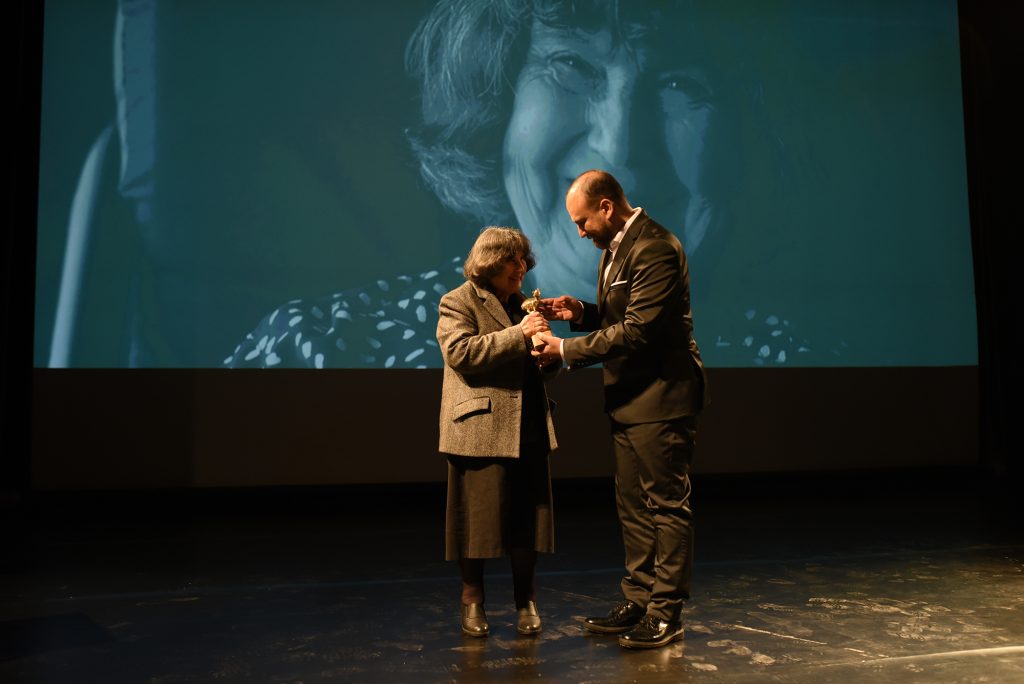 The Opening finished with the screening of La Maleta (1963), a historic recovery of the first picture by renowned filmmaker Raúl Ruiz, which had never been finished, the footage lost and forgotten. 45 years later, the material was found by the Universidad de Chile Film Archive. After a process of restoration and editing, produced by FICValdivia, under the direction of Inti Briones and Ruiz himself, it celebrated its world premiere in 2008, at the Film Festival.

FICValdivia, with a program of over 200 movies, will extend until Sunday October 14, kicking off with the Opening short Blue, by Thai director Apichatpong Weerasethakul, one of the most highly acclaimed filmmakers of the 21st Century, who has been showcased at the Festival before. The last time was in the 2015 Gala section, with his motion picture Cemetery of Splendor.

The Opening Feature was the Latin American Premiere of the second movie by Chinese filmmaker Bi Gan, Long Day’s Journey Into Night, which recently debuted at the Un Certain Regard section of Cannes.

Both films marked the beginning of this marathon week dedicated to the audiovisual arts, screening as a single show at Cineplanet, at 9:30pm.