Mato Seco em Chamas, by Joana Pimenta and Adirley Queirós will be the Opening Film at FICValdivia’s 29th edition 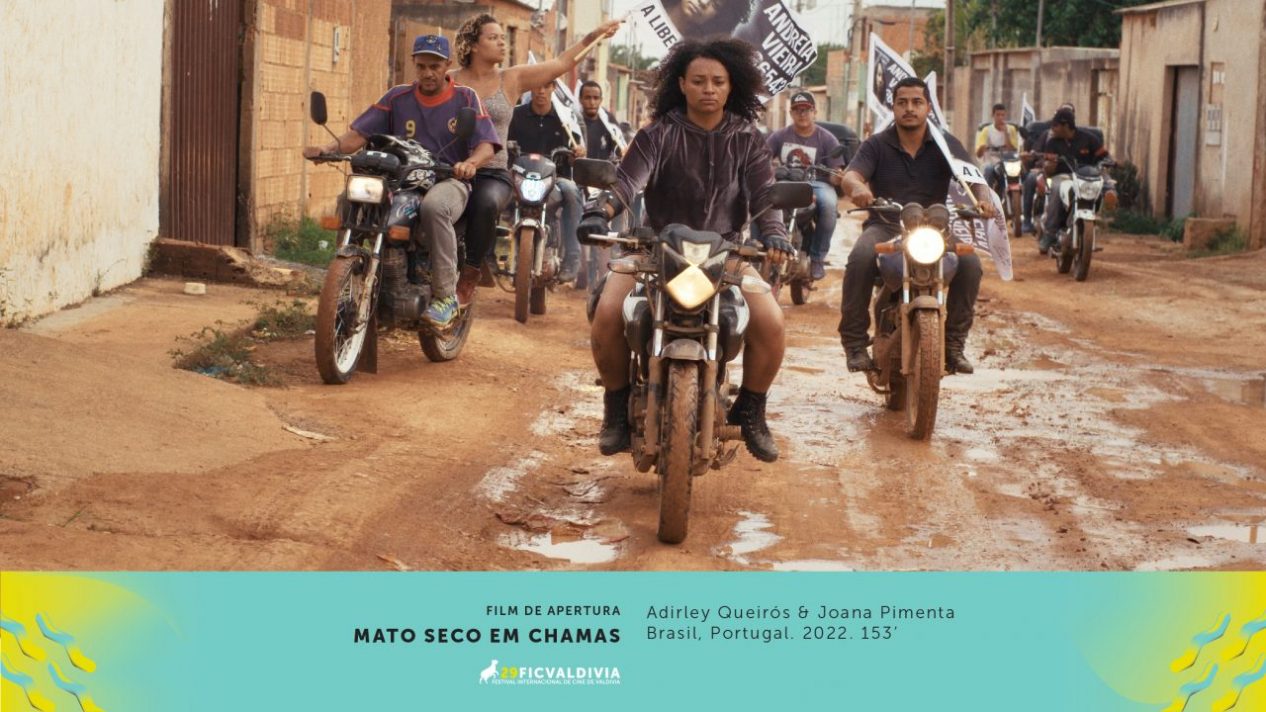 With months still to go before the Valdivia International Film Festival kicks off its 29th edition, already some of the details in the program are coming to light. Mato Seco em Chamas is the second codirecting experience by Adirley Queirós and Portuguese filmmaker and visual artist Joana Pimenta, following the 2018 short documentary Rádio Coracao.

The movie centers once again around Ceilândia, a satellite town built in the 70s to relocate the impoverished layers of workers that participated in the construction of Brasilia. This settlement has been a persistent backdrop in Queirós’ work, including Rap, O Canto da Ceilândia (2005), A cidade é uma só? (2012), and Era uma Vez Brasília (2017), among others, where his social approach involves documentary crossing over into fiction.
The film is structured out of a staging strategy that builds a fictional narrative based on the daily circumstances of its non-professional actors. With that thread, the movie documents and depicts the surroundings of Chitara and her sister Léa, who lead a band of women that have built a life system, and really, a social system, around the theft of oil, in a temporal arc that fluctuates between their criminal activities, and their stint in prison, to come back to the characters after their experience serving time.

The narrative gives an account of the dynamics of power and leadership, and at the same time, of the characters’ daily lives, moving about in the specific backdrop of the enormous Sol Nascente favela. Throughout the itinerary, it incorporates their real social, religious, and affective backgrounds, taking advantage of the minimal circumstances in the action to paint an extended fresco that works through accumulation, and whose freedom to integrate narrative modes ranges from the strictly visual, to the rhythmic.

With this freedom, and together with a methodical urban record of discarded machinery, vacant lots, and an essentially precarious city, the film by Pimenta and Queirós seems to brush against conventions in post-apocalyptic aesthetics. But in these devastated nocturnal landscapes there is a connection to the persistent social roots of a movie that takes the time to discover the different human groups and tribes that exist around a community born out of the remnants of failed Latin American social engineering.

Mato Seco em Chamas had its world premiere last February, in the Forum section at Berlinale 2022, and in mid-March, it received the Grand Prix, at the 44th edition of Cinéma du Réel festival.