The nine pictures programmed in this section include the three recent works by South Korean Hong Sang-soo, together with the latest films by Lucrecia Martel, Philippe Garrel, JF Ossang and Claire Denis, plus a classic by Jean-Luc Godard.

Zama, the new film by Argentinean filmmaker Lucrecia Martel, probably one of the most highly awaited titles in the decade, will have its Chilean premiere in the Gala series at 24th FICVALDIVIA, taking place this coming October 9 to 15.

The film is an adaptation of the eponymous novel Antonio Di Benedetto published in 1956, a pillar of 20th century narrative in Argentina. It is set in colonial South America, and centers around Diego de Zama, a royal functionary living in Asunción, Paraguay, who is literally paralyzed by government bureaucracy, while waiting for his transfer. The passage of time starts to disrupt the protagonist’s sense of identity, and Lucrecia Martel, documents this alienation and loss of meaning, as she did in La Ciénaga (2001).

Zama is the conclusion of a lengthy creative and research process, undertaken by the director after La Mujer Sin Cabeza (2008), her previous film. After that, the filmmaker toyed with the idea of adapting ‘El Eternauta’, a mythical comic published by Héctor Germán Oesterheld, between 1957 and 1959. The impossibility of finalizing this project made Martel veer towards Antonio Di Benedetto’s atmospheric prose, and to the staging possibilities this hallucinating novel permitted.

Martel, who had already become an icon in Latin American cinema thanks to her first three pictures, only saw her veneration increased, precisely because of the years it has taken for this new premiere.

After a production stage plagued by accidents and delay, at the beginning of the year, the final style of the piece was kept very quiet, until a first trailer allowed a glimpse into its broad expressive boundaries. Its world premiere – out of competition at the Venice Film Festival, this August last – confirmed, for those fortunate to have seen it, the magnitude of expectations around it. 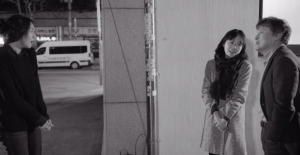 South Korean filmmaker Hong Sang-soo is among the most prolific directors today. Since 2009, he has stepped up production speed of his films to two or more pictures per year, which explains why, since Yourself and Yours in 2016, he has already accumulated three new features: On The Beach at Night Alone, Claire’s Camera and The Day After. These three films, produced and premiered internationally throughout the year, will also feature in this section.

This series is oriented to the dissemination of the most recent movies by the great directors, most of which have already screened in the international festival circuit, during the first half of the year.

In Hong Sang-soo’s case, Claire’s Camera and The Day After screened at the recent edition of the Cannes Film Festival, the first one, out of competition, while the latter was part of the official competition. Claire’s Camera is an unusual experience: during the 2016 Cannes Festival, the director met with actress Isabelle Huppert, who had already starred in his film In Another Country (2012). During those days, they shot, almost improvising, the story of a South Korean film crew, on the verge of premiering their movie at the French festival, and the support they receive from a Parisian photographer.

The Day After is quite different. Shot in black and white and with even more austere staging than usual for Hong Sang-soo, the picture exhibits the crisis of an editor and literary critic, after he has cheated on his wife with a coworker. As is customary with Sang-soo, the movie underscores his character’s frail emotional nature, with a staging that plays with time and action, transforming the narrative into an uncertain and ambiguous stage.

In On The Beach at Night Alone a female character is at the center, an actress that after ending a romance with a married man, moves to Hamburg, where memories of that relationship chase after her. Together with the other two, this movie completes a perfect summary of the topics and styles leveraged by one of the most admired directors today. 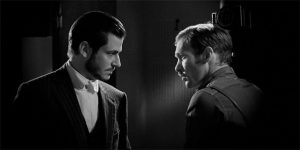 JF Ossang made a flash appearance in Chile in 1997, when he set up in Santiago for a few days, to shoot the coproduction Docteur Chance, an almost impossible thriller, with a cast including former The Clash Joe Strummer, along with Marisa Paredes and Francisco Reyes. Since then, Ossang, whose real name is Jacques Plougeaut, shut himself away in a creative ostracism for over a decade, to later reappear with a few brief pieces. Dharma Guns (2010) was his return to full-lengths, where he proved his vocation for the eccentric, his retro style and fusion of genres was still in effect. 9 Doigts is his latest feature, a labyrinthine picture with a stylized visual aspect borrowed from classic noir films, that follows the adventures of a doctor that, after fleeing a police ID check, runs into a dying man who will be his gateway into a criminal intrigue. The movie screened recently at the Locarno Film Festival, and will show for the first time before a Latin American audience at FICVALDIVIA.

As with Ossang, the premiere of Valeska Grisenbach’s Western marks her return – it is the first movie by the German filmmaker since Nostalgia, her second feature, released in 2006. While in that picture, she addressed the effects of a love triangle, in her latest full-length, she repeats her observation of the workers’ environment, this time assimilating the code of the cowboys. The film narrates the cultural tensions between a group of German workers, at a site located in the Bulgarian countryside, and the rest of the community that looks at the newcomers with mistrust. Completely made with non-professional actors, the movie recently premiered at the Cannes Festival section A Certain Regard. 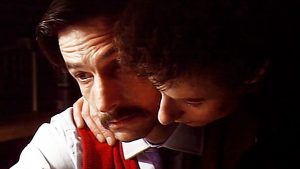 From Garrel, a usual presence in non-commercial circuits, we will screen his latest feature L’amant d’un jour, released internationally at the Director’s Fortnight, in the recent edition of the Cannes Film Festival. The movie addresses one of the director’s perennial topics: the intense chiaroscuros in a couple’s relationship. The story begins with a young woman returning to her father’s house – a literature professor in his fifties – to find his lover is another young woman her age. The tension, then, will center on the two women, who have affections of a different nature for the man they live with, and also contradicting temperaments.

Claire Denis, in turn, premieres her latest film since Les salauds (2013), featured at 20 FICVALDIVIA. In a very different tone from that movie – a dark story about women’s abuse and prostitution rings –, Un beau soleil intérieur is a comedy in which Juliette Binoche portrays an unhappy divorced artist that, despite her current state, firmly believes in the possibility for emotional happiness. With that tenacity, she embarks on successive attempts at affective relationships that crash, under the irreconcilable difference she has with her would-be partners.

The movie she achieved was Denis’s long meandering around the initial project of making a free adaptation of the book by Roland Barthes ‘A Lover’s Discourse: Fragments’. With time, an approximation to a feminine statute started to prevail, arriving at film that is in the end an observation of a mature woman’s frustrations.

The last title in this section is the recovery of an old film by Jean-Luc Godard, a filmmaker that has maintained a regular and impeccably consistent production over the last decade. After presenting in FICVALDIVIA his two most recent pictures, Film Socialisme (2010) and Goodbye to Language (2014), here comes the premiere of an old telefilm, Grandeur et décadence d’un petit commerce de cinéma, which the director shot in 1986. The movie is indeed chapter 21 in the television production Série noire, where Godard adapted the crime novel by British author James Hadley Chase, to tell the story of a filmmaker that desperately wants a fashion producer to finance his new movie. At the time, critics received with a certain disdain this project by Godard, which in more than one area revisited the central topics of Contempt (1963); however, in recent years its appreciation among cinephiles has grown. The movie will screen in its restored version in DCP format, which was recently showed at Locarno, where it celebrated its world re-release.