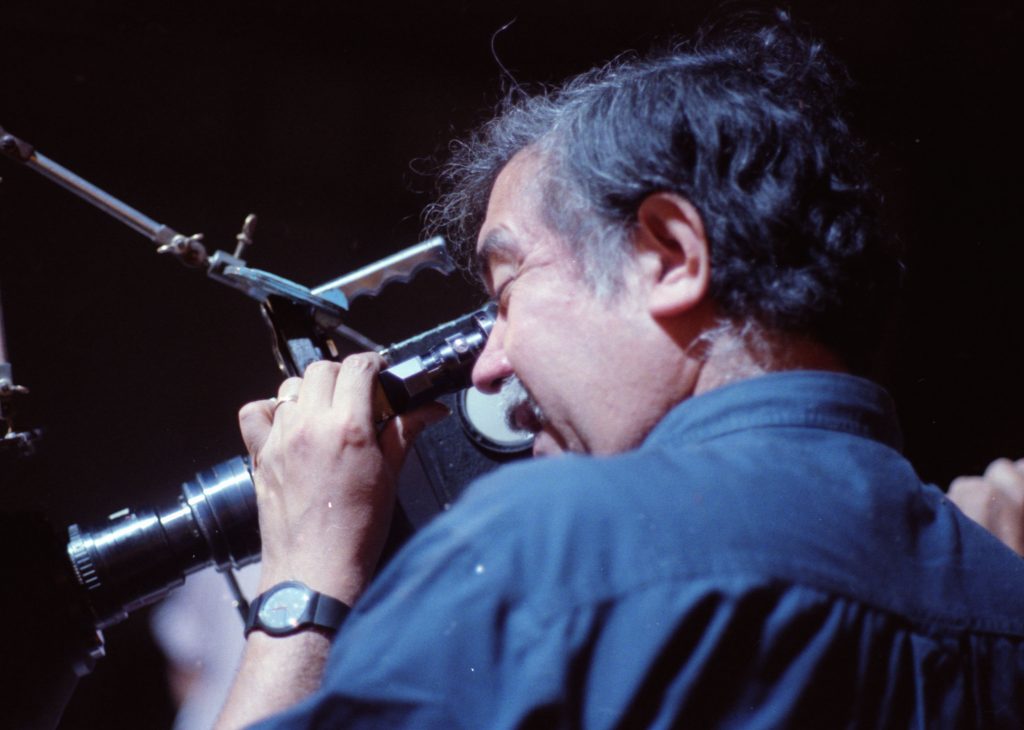 The picture, shot in 1990 and edited over 25 years later, will premiere this year at the Locarno Festival, in Switzerland, and will open our event in October.

The 24th edition of the Valdivia International Film Festival (FICValdivia) will open with a movie that pays homage to its name. La Telenovela Errante (The Wandering Soap Opera), directed by iconic Chilean filmmaker Raúl Ruiz (1941-2011), is a project born on November 1990, the director’s first production after the Augusto Pinochet regime.

The peculiarity of this film is that, until a year ago, it had not been edited. Originally, the footage ended up in three different places: at Duke University (USA), where Ruiz left a copy of his work; at the Chilean National Film Archive, which kept the original negatives of the production; and at the director’s apartment in Paris, where a copy of the screenplay was found, in perfect condition. Thanks to the initiative by actress Chamila Rodríguez and film editor Galut Alarcón – through a public fund adjudication – the movie was recovered to begin the editing process, led by Valeria Sarmiento, the filmmaker’s widow. In that regard, Rodríguez comments, “When I first saw the images of ‘La Telenovela Errante,’ I was impressed by how much of a visionary Ruiz continues to be, how exquisitely expressive, in terms of language, in terms of freedom, of experimentation, and in his view of Chile. The film has certain tonalities from ‘Tres Tristes Tigres.’ Everything was, and continues to be, hard, but I love it! It is a constant discovery, full of uncertainty, mystery and surprise. It is becoming lost from and finding again what is artistic and most pure about Ruiz’s cinema. There is a shamanistic connection that dialogs between reality and dream, life and death. We were delighted to choose the Valdivia International Film Festival for the premiere of our movie, ‘La Telenovela Errante,’ because there is none better in Chile. We are interested in its vision regarding authorial, experimental, political cinema, which contains purity and risk… cinema’s magic.”

Originally, the film was going to be ready towards the end of 2017, but processes advanced quickly, and it will premiere at the prestigious Locarno Film Festival, which will take place between August 2 and 12. FICValdivia director Raúl Camargo will be present, furnishing other details of this event, “The Valdivia International Film Festival has historical ties to Raúl Ruiz: we were able to recover, together with the iconic director, his first film La Maleta, which was finished especially, after decades, to open our 2008 edition. Since then, every year, we review his filmography, and 2017 will not be the exception, this time, with another recovered film, which gives us the chance to complete a virtuous circle, being the only festival in the world to have screened both his first and last films. For the reason, we acknowledge Valeria, Chamila and Galut publicly, for thinking in FICValdivia to celebrate the Latin American premiere of La Telenovela Errante”.
The announcement of La Telenovela Errante as [24] FICValdivia’s Opening Film comes in addition to the sneak peek the organization offered of part of the program, a few weeks ago: the festival will feature the three movies Korean master Hong Sang-soo premiered in 2017, On the Beach at Night Alone, The Day After and Claire’s Camera.

This year, the Valdivia International Film Festival will take place on October 9-15.