Sion Sono from Japan, American Deborah Stratman and Bolivian filmmakers from Socavón Cine will be some of our international guests at 24th FICValdivia

Each one will have a retrospective of their essential filmography, part of the festival’s out-of-competition program.

Two filmmakers and a collective, with completely different stylistic focuses, will head up the list of international filmmakers present at 24th FICVALDIVIA, which will take place this coming October 9-15.

The objective is not just to promote and place in context the work of creators that usually keep away from commercial circuits, but also to generate spaces for reflection and discussion with the audience, around the diverse ways of understanding cinematographic creation. 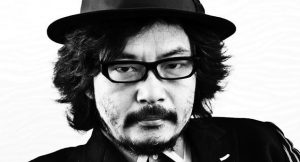 By virtue of the thematic wealth in his filmography, Sion Sono (Toyokawa, 1961) is probably one of the most exuberant personalities ever to visit our festival. His extensive body of work comprises some thirty titles for cinema and television. Sono has distilled an approximation to the most extreme genres and a hybridization of styles that, at first glance, appear to come from the less academic tiers in film expression. Indeed, since his beginnings in 1990, soft porn, exploitation films and fantastic cinema have fed the texture and themes of a large portion of his movies, some of which have been successful both in Japanese domestic ticket sales, as well as in the international festival circuit.

Sion Sono’s presence in Valdivia confirms the Festival’s interest in preserving cinematographic manifestations that do not necessarily tie in with cultivated cinephilia. In Sono’s work there is a recovery of B films and of self-references to audiovisual codes, enfolded in a taste for expressive excess and for a revisionism of Japanese cultural tradition. 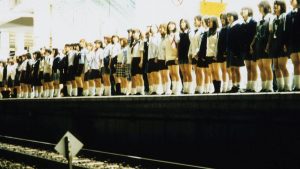 In that order of intentions, Suicide Club (2001), the psychotic record of a wave of mass suicides, is in part a perfect sample of his intentions, and also his most successful film to date. This picture will be part of the retrospective the Festival is devoting to the filmmaker, which includes five other titles made in the last fifteen years: Love Exposure (2008), Guilty of Romance (2011), Why Don’t You Play in Hell (2013), Love and Peace (2015) and Tokyo Vampire Hotel (2017), the latter, a version for the big screen of a miniseries Sono made this year for Japanese television. FICValdivia will host the movie’s Latin American premiere. 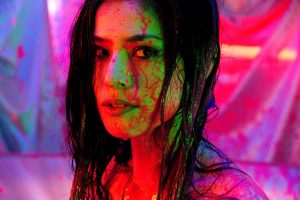 One of the surprises in the International Competition at 23rd FICVALDIVIA, was the feature Viejo Calavera (2016), by Kiro Russo (La Paz, 1984). The film – about a group of miners in the High Plateau area of Huanun, which had already done well at IndieLisboa –, obtained a Special Jury Prize, bringing to the spotlight the work of film producers Socavón Cine, a creative collective that has made the observation of identity and the formal searches that are coherent with that drive the essence of their cinematographic offerings. 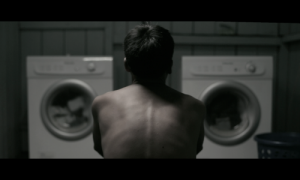 Socavón Cine will be present through Kiro Russo (International Competition jury), Carlos Piñeiro (Latin American Short Film Competition jury) and Pablo Paniagua, a short-film director, and the collective’s cinematographer. Together with them, there will be an almost complete series of the short films the group has made since its establishment: Martes de Ch’alla (2008), Max Jutam (2010), Uno (2010), Enterprisse (2010), Juku (2011), Plato Paceño (2013), Despedida (2015), Nueva Vida (2015), La Bestia (2015) and Amazonas (2016).

All these films speak about poverty, the loss of expectations, the record of memory, identity and economic precariousness. Very much like in Viejo Calavera, the formal pursuit necessarily involves avoiding any attempt at embellishing poverty. Far from an aesthetic that decorates the reflection on misery, it recovers the essence of the characters’ afflictions in a hyperrealist manner. 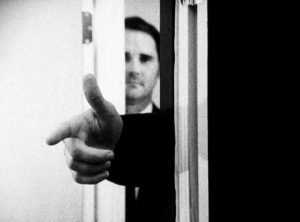 The visual forms in Deborah Stratman

On the same plane in terms of expressive finds, American filmmaker Deborah Stratman (Chicago, 1967) has developed a highly personal and self-aware project linked to the experimental and video art traditions, which she oversees in practically all details: camera, editing and sound design in all her films.

With this mechanism, she constructs small pieces, visual letters populated with images that are often commonplace and pedestrian, whose internal relations operate by contact, and from there, the author delves into more perturbing areas.

The simplicity of her expressive system works, allowing her to dissociate from the narrative and take on concepts like power and freedom, which she has been able to display in a documentary aesthetic, while spilling over to other areas of the visual arts.

Her work has been a public object at galleries with a strong audiovisual orientation and also at film festivals, from New York to Sundance, from Toronto to Rotterdam. As part of her visit to FICVALDIVIA, a series of five of her pictures will screen in 16mm: Untied (2001), In Order Not to Be Here (2002), The Magician’s House (2007), These Blazeing Starrs! (2011) and The Illinois Parables (2016).