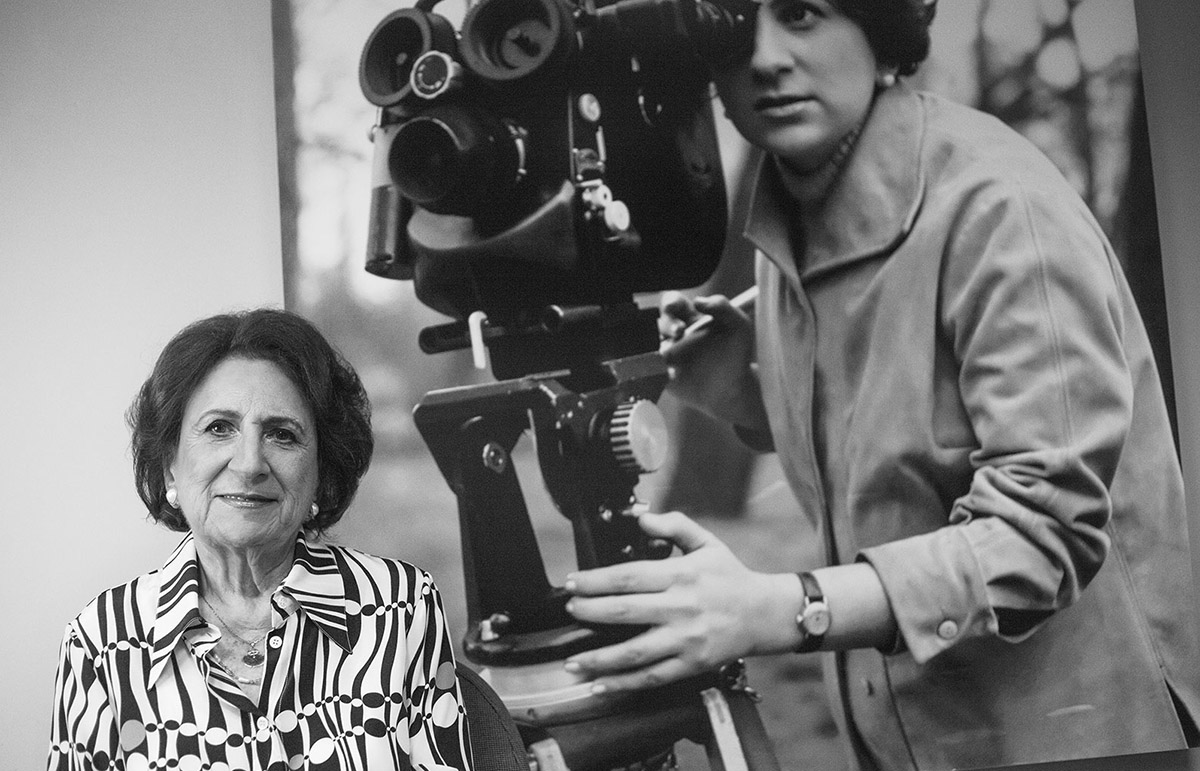 This year, the Festival will review the legacy of two female pioneers in documentary filmmaking in Latin America, along with the work by experimental artist Ana Mendieta, tragically deceased in 1985. Also part of the program will be a special show of Tres Tristes Tigres, by Raúl Ruiz, celebrating its 50 years, and a review of the contribution of Valdivian directors to short film over the last 25 years, among other activities.

Ana Mendieta was born in Cuba, and at age twelve, shortly after the Revolution consolidated, her family moved to United States, settling in Iowa. There, she developed her inclination for the visual arts, especially body art and performance, through which she strongly delved into her Latin American roots and the culture of The Antilles. In this search, she established a relationship with cinema as a format, which drove her to build a separate filmography, made up of almost one hundred brief pieces, many of which were made in the mid-70s, where she expanded her multicultural and expressive interests, and where death, blood, the body, and the role of women in Latin America all became equally prominent.

Her tragic death in 1985, when she fell out of a window in her apartment in New York, after an argument with her partner – visual artist Carl Andre –, seemed to prolong the urgency of her aesthetic reflections, prematurely cut short, and amplified, after the justice system deemed the case a suicide, freeing Andre from any liability.

To this day, the figure of Ana Mendieta is an icon against gender violence, and some of her audiovisual works will screen, part of the tributes FICValdivia has programmed for its 25-year anniversary.

Together with Ana Mendieta, the Festival programmed a series in honor of two directors that have pioneered a counter-current filmography in Latin America. One of them is Colombian director Marta Rodríguez, who trained in France with Jean Rouch (I, a Negro), the father of ethnographic cinema. In 1972, after returning to her country, and after six years of research, she made the medium-length documentary Chircales, together with her partner Jorge Silva, which documents the daily environment of a family that manufactures bricks, in the outskirts of Bogota.

The motion picture portrays the harsh and precarious work conditions of the Castañedas and their twelve children, the neighborhoods that harbor their daily lives, and the exploitation deriving out of the origin of the state of things, as an extension of the conditions of individual subordination that stretched from the countryside into the cities.

Chircales was awarded at the Leipzig Documentary Festival, and its international reception allowed the directors to continue their research regarding different manners of exploitation. They followed with Planas: Testimonio de un Etnocidio (1973) – about the massacre of native people in the Villada region –, and their labor continued until Silva’s death, in 1989. Later, Rodríguez directed solo Nunca Más (2001), her latest piece to date.

Documentary was also the territory of Venezuelan director Margot Benacerraf. Born in Caracas in 1922, she studied film at the Institut des Hautes Études Cinématographiques (IDEHC), in Paris, and during the 50s, she began pioneer’s work in her country, which solidified in the films Reverón (1952), and Araya (1958), both made in the midst of political instability in the nation, during that decade, strained by the Pérez Jiménez dictatorship.

Reverón belongs to the biographic documentary format, reviewing the career of visual artist Armando Reverón (1889-1954), a precursor of concept art in his country. Narrated in English, it is, at times, a surreal approximation to the painter’s creative process, which the film observes in his environment, while he executes a self-portrait, which the director uses to overlap with the biographical account.

Despite the format being anchored in an expository and direct off-screen narration (as was characteristic of the genre during those years), the most attractive aspect in the picture is the freedom Benacerraf gives the camera, to emphasize or contradict with violent movements, the lack of urgency in the spoken narration, and to delve intimately in the pictorial details in his work.

Reverón is a milestone in the development of Venezuelan cinema, situating the author as one of the pioneers in her nation’s cinematography. Indeed, she helped cement the discipline, not only with the example of her remarkable body of work, but also with the foundation of Venezuela’s National Film Archive, in 1966, thanks to Henri Langlois’s support, where she served as director for three years.

FICValdivia also dedicates its tribute section to French auteur Albert Lamorisse (1922-1970), one of the main innovators in children’s cinema. Among his many contributions to film, he made two perfect small pieces: Crin-Blanc (1953), and Le Ballon Rouge (1956). Both medium-lengths take on the world of childhood and adolescence, based on friendship ties with a tinge of fable. The former is an adaptation of a popular tale by René Paul Guillot, telling the story of a boy that finds a gorgeous white horse that has escaped the ranch where it was held. Between them, a relationship of protection and trust is established, as the boy is able to tame the animal, relating to each other as equals.

The Red Balloon delves even deeper into these aspects, based on the friendship between a boy (Pascal, the director’s son) and a large balloon with which he can communicate, establishing reciprocal ties. If Crin-Blanc highlighted the natural environment of the Camargue region, in southern France, in the latter, it is the Parisian urban landscape that serves as the backdrop to tell a story that approaches the world of childhood, not without a touch of hardness.

Lamorisse tells his tale without recurring to any kind of dialogs or visual tricks, and these attributes, among others, garnered praise from the film, at the time, from film critic and theoretician André Bazin. Crin-Blanc and Le Ballon Rouge both received the Palm d’Or for Best Short Film, at the Cannes Film Festival, and in the end each shone brighter than the features the director made throughout the rest of his career.

1968 was the year in which some of the most emblematic movies in Chilean cinema premiered. One of them was Tres Tristes Tigres, the most celebrated work by Raúl Ruiz, and one of the highest points in the history of national cinema. The picture, inspired by Alejandro Sieveking’s play, is a scathing study of Chilean social makeup, stemming out of the encounter of three characters: a functionary arriving in Santiago to deliver documents to the owner of an auto retailer, his sister, a dancer at a cabaret, and a teacher. The initial purpose of the protagonist becomes delayed, between parties and drinking, until the violent run in between the functionary and his boss.

With that premise, Ruiz elaborates a motion picture of intense sociological depth, tracing a less than complacent view of society’s medium tiers, structuring out of the haphazard circular meanderings of the protagonists, through downtown Santiago and the bars in Bandera Street. Beginning from these elements, the director deepens his observations of popular language, populating the narrative with absurd, nonsensical idioms.

The movie debuted in the second edition of the Viña del Mar International Film Festival, in November 1968, and the following year, received the Golden Leopard at the Locarno Film Festival. The copy screening at FICValdivia was restored in 2016 by the National Film Archive, which improved the image and sound of the original format.

The tribute section will also include a focus on three martial arts cinema classics out of Hong Kong, including The One-Armed Swordsman (1967), by Chang Cheh; Five Fingers of Death (1972), by Jeon Chang-Hwa; and Snake in the Eagle’s Shadow (1978), by Yuen Woo-Ping, one of the greatest hits by Jackie Chan.

The final homage will be a 16-picture focus to commemorate 25 years of short films in Valdivia. The program includes the following works, made between 1982 and 2007: