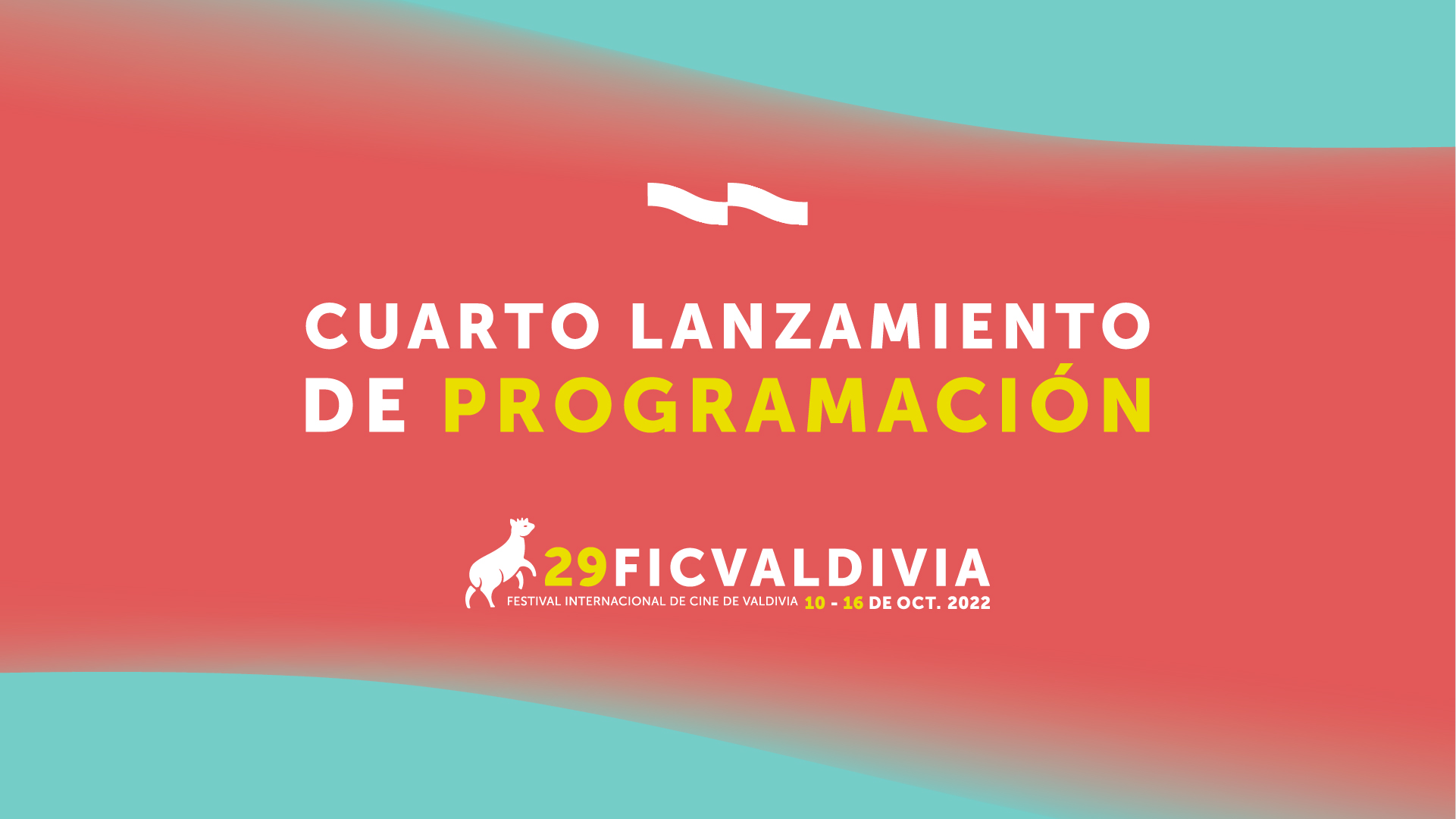 At almost a month from opening its 29th edition, the Valdivia International Film Festival (FICValdivia) announces new titles in the Official Feature Selection and the Gala Section, in addition to the pictures showcasing in Nocturama, the nighttime program reserved for cult films.

Festival Passes are now on sale for FICValdivia’s upcoming edition, which will take place from October 10 to 16. All the information is available on the festival website at www.ficvaldivia.cl.

The first film is Sobre las nubes, directed by Argentinean filmmaker María Aparicio (“Las calles”), which had its world premiere at FID Marseille. A melancholy, austere choral piece shot in careful black and white, it follows four characters in the big city: a cook at a bar, an unemployed technician, a nurse at a public hospital, and a clerk at a bookstore. These four stories are linked together by the metropolitan sprawl.

Another of the movies in competition is Maputo Nakuzandza, a Brazilian-Mozambique coproduction, with director Ariadine Zampaulo at the helm, and which premiered at Mostra de Cinema de Tiradentes. It is an urban symphony about Maputo, the capital of Mozambique, that begins with young people coming out of nightclubs, at dawn, persons running, workers beginning their activities, tourists that meander around the city, and the pronouncements from a radio broadcaster that fill the hours of the day with its sounds. It is a movie-poem about life in the city.

A Woman Escapes, in turn, is a Canadian-Turkish coproduction, codirected by Sofia Bohdanowicz, Burak Cevik, and Blake Williams. Like the previous picture, it explores the borderlands between documentary and fiction, recreating the story of a young woman (Bohdanowicz) that moves into the apartment of a friend who has recently passed away in Paris. She will keep an audiovisual correspondence with other filmmakers (Burak and Blake), in search of healing. The result is an epistolary piece where different formats are entwined – 16mm, 4K – in a constant interplay, developed over a cinematographic experience that will screen in 3D.

Closing the Official Feature Selection is Ashkal, a motion picture by Youssef Chebbi (“Black Medusa”), which premiered this year at the Directors’ Fortnight, in Cannes. A coproduction between France and Tunisia, it is a thriller with social content, that centers on two North African police officers – a young woman and a veteran agent – that investigate a strange case: a man’s immolation in the middle of buildings under construction, which were left unfinished when the “Jazmine Revolution” exploded in 2010.

Korea and Italy in the Gala section

Already announced to the Gala program were the pictures The Novelist’s Film, by Hong Sang-soo; Alcarrás, by Carla Simón; Mutzenbacher, by Ruth Beckermann; Pacification, by Albert Serra; Magdala, by Damien Manivel, and Fiebre, by Elisa Eliash. FICValdivia organizers have disclosed the final two movies in this section.

The first one is Walk Up, by Hong Sang-soo, which comes together with The Novelist’s Film almost as an aesthetic complement. The film will hold its official premiere in a few days, at the Toronto Film Festival, and from there, it will transit to the festivals at San Sebastian and New York, before arriving in Valdivia. As is the case with a great portion of the South Korean director’s oeuvre, Walk Up plays with transformations in the narrative, changing its direction, and experimenting with the potential of what comes onscreen. Here, too, his main character is a filmmaker that, together with his daughter – an interior design student –, visits a friend from the business, to see her lavish residence. There, time and action branch off, or rather, are reiterated and questioned, enhancing a staging that centers on the spatial parameters of the building where the action takes place, whose meticulous and labyrinthine narrowness is reproduced in the tale’s serpentine structure.

The last motion picture in this section is Gigi la Legge, by Italian director Alessandro Comodin, an author with a free sense of staging, who resists definitions of his poetics. Documentary and fiction usually converge in his pictures, and he has a predilection for working with non-professional actors. In this dimension, and in the importance of using diverse dialects, his style is radically influenced by Pier Paolo Pasolini, from whom he also seems to have taken the warm expressiveness of natural landscapes. Gigi la Legge received the Special Jury Prize at the Locarno Film Festival. It is a title that is very close to other pieces by Comodin – as is the case with L’estate di Giacomo (2011) and with I Tempi Felici Verranno Presto (2016) – where the quotidian comes together with the supernatural. His new picture, deeply familiar, was shot in the Friuli region, where the filmmaker spent his formative years, and it stars his uncle, who portrays a distracted transit police officer that investigates a wave of suicides in the community. 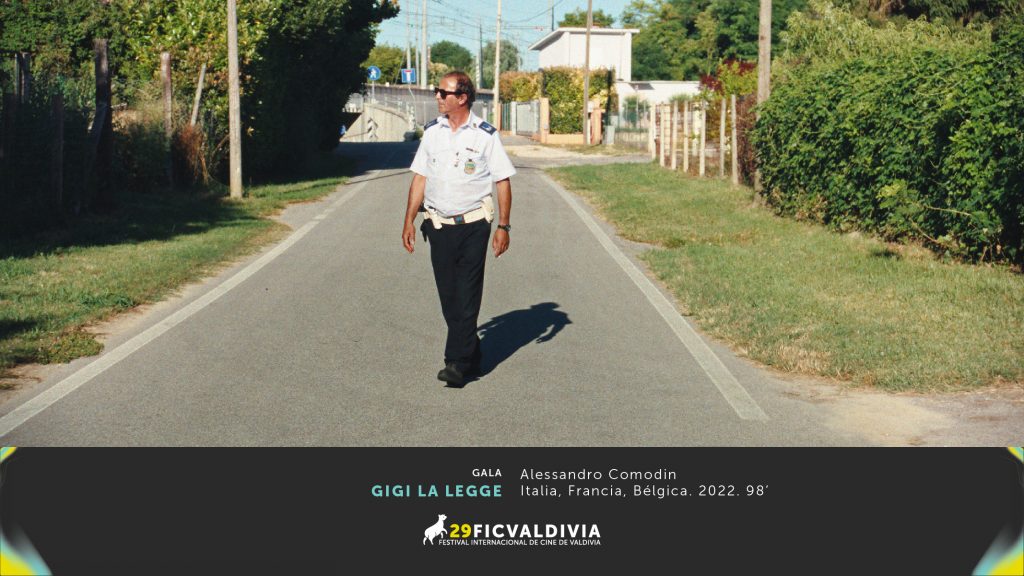 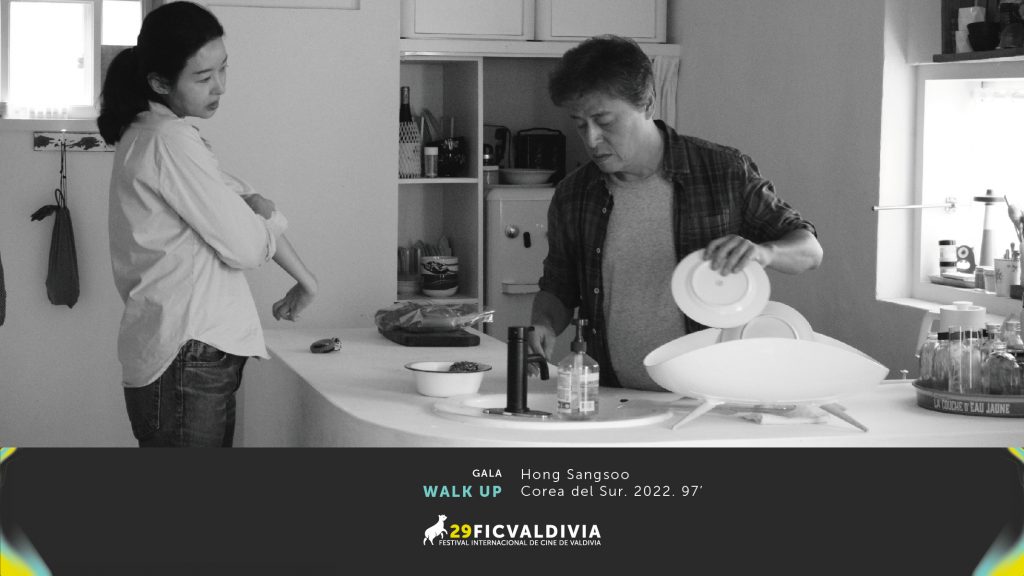 Nocturama: The return of Ultraman

This FICValdivia section is devoted to aesthetic visions that approach the bizarre and extreme. Organizers revealed the program, which attempts to recover contemporary works that have everything to become cult classics.

In that line, SHIN ULTRAMAN, a reboot of the classic Japanese TV character created by Eiji Tsuburaya, in 1966, will premiere in Chile. The mysterious giant with superpowers fights against gargantuan creatures, known as the Class S species (Kaiju), who threaten to destroy Tokyo. The original series was a success around the world, generating sequels and imitations, and in recent years, numerous animation products.

This new movie is written and produced by Hideaki Anno, a self-proclaimed Ultraman fan, and directed by Shinji Higuchi, who has worked with Anno in Neon Genesis Evangelion, and in other renowned anime films, and who has ample experience with special effects.

Together, they recover the original aesthetic of the character and narrate the chaos that ensues with the appearance of powerful Kaiju that begin to devastate modern-day Japan. Although the Japanese government has created a special combat unit, the SSSP, it is Ultraman’s help that proves to be the key to face the threat.

As a complement to SHIN ULTRAMAN’s debut, the Nocturama section will also screen four episodes of the original 1966 series, updated in 4K quality. 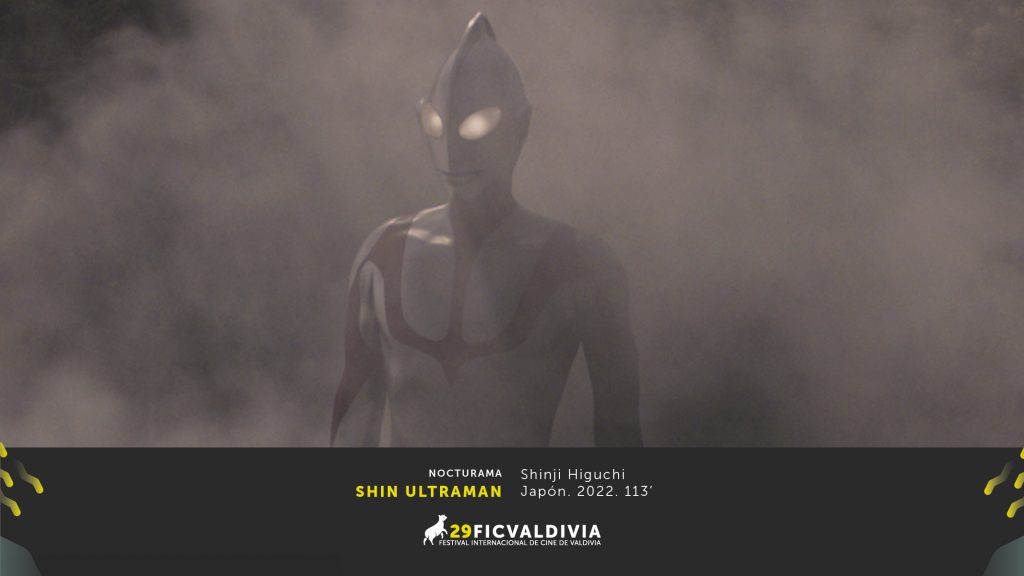 Festival Passes are on sale

It its complete return to in-person activity, the Valdivia International Film Festival will have eight venues screening the program. Festival passes, student passes, and passes for seniors are available online. Additionally, as is tradition, the event will have a highlighted program with free shows and movies for the entire family. The Festival Pass also grants access to multiple benefits and promotions in the FICValdivia Affiliated Business Network.

The complete FICValdivia 29 program will be announced this coming Thursday September 29, in the city of Valdivia.