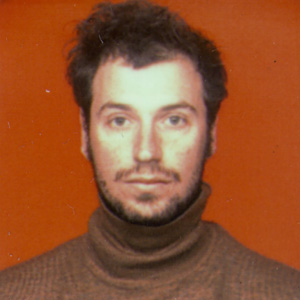 In July 2004, I had to go to Valdivia for ten days to finish a project to develop a feature film we had obtained with Bruno Bettati. Just like the week I had spent there six months prior, in a gorgeous January, I would stay at a student hostel in Teja Island, where I could type on the deck, inspired under the warm sun, while I saw ducks flying over the river and sea lions next to the market, on the opposite bank. I was so anxious to return.
But, of course, that had been January, and this was July. The first work morning, I froze while crossing the Pedro de Valdivia Bridge, but I paid it no mind. That night, I went out for some smoky-and-wet southern partying, and like that – smoky and wet –, I swore I was miraculously healed, but the next day, I woke up with the worst flu of my life, burning up with fever.

I was lying down, all alone, isolated in a room that was much darker than in summer, now that the hostel was full of college students, incapable of coming out for a week or so, delaying the entire project, and begging a friend in Santiago to continue going to feed my cat.

Slowly, I recovered and could get back to work at 787 house. My ten-day stay extended for almost a month. And, after that initial cold, I started to feel Valdivia seeping into me. I started to love the cold, the rain, the smell of moist soil, life indoors, woolen socks, hot teas, and nights walking.

To make matters worse, I worked above La Última Frontera, which is – let’s come out and say it – the best bar in Chile. Great vibe. It was great to be in Valdivia at that time, when it consolidated as an audiovisual hub.

Since that year, everything I’ve made has premiered in Valdivia. There have been a couple of awards, and my two full-lengths have participated in the industry and development area. Although it is increasingly hard to go with the necessary time availability, I love to follow the focuses and retrospectives, where one can find nourishment of the highest nutritional value. The commotion of coming face-to-face with a piece like El Sur, by Víctor Erice, at the Cine Club, the delight of alternately digesting a film by Rejtman at Lord Cochrane Theater, and beef tartar at Café Hausmann, are all clear memories. Much clearer, for sure, than that night-out that ended with a large contingent, already in the daylight, at the old Pedro de Valdivia Hotel, improvising very smoky and wet shots for a film about the building Andrés Waissbluth and Cristián Jiménez were shooting before its demolition. No one ever heard anything else about that movie. That one should truly be recovered. Maybe for the Festival’s 30th anniversary…