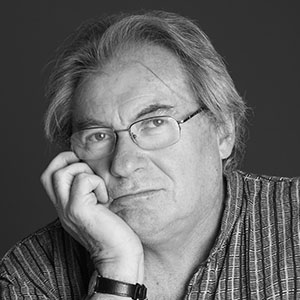 I have participated in the Valdivia Festival since the very beginning, in 1994 – one year before cinema turned 100 years old, and four after Pinochet left the government. Those were times of a certain beauty. There was no CNI (the secret police in the Pinochet regime) anymore; there was no dictatorship. There was a kind of democratic beauty associated with the beauty of the city. The walk to the Cine Club hall, crossing the university grounds, amidst trees and greenery, was, just as it is today, 25 years later, a beauty that demanded the films measured up to it, from the start.
Afterwards, I traveled there many times, with films, and as a member of the jury, and I saw how the festival grew in size, quality, prestige and audience, becoming a great magnet for students, filmmakers and cinema professionals from Chile and around the world.

It was a festival that stimulated meetings and conversations, onboard river boats, at the market, on the waterfront, crossing the bridge, at the botanical gardens, at the bar La Bomba, at the Great Pedro de Valdivia Hotel. It is a festival that has the right streets to return by yourself, walking and thinking after a good movie, to enter later, after those moments of silence, into a café or bar, to change the subject, or keep thinking and chatting.
There, I met Lucy Berkhof, Andrea Osorio, and Adrián Silva – who invited me to give workshops for several years, on the third floor of the Maurice van de Maele History and Anthropology Museum (one of which we concluded at Juan Saavedra’s in Niebla) –, Paola Lagos, and my dear friend Valentina Palma. There, I caught up with Alain Fountain, a dear motivator of documentary filmmaking at Channel 4 UK, a friend of my friend Andrés Racz, and first person to be interested in Cien Niños Esperando un Tren, at the 1987 Havana Festival – and many others, foreigners and Chileans. Bruno Bettati got excited with the idea of a retrospective, at the time when I had just finished El Diario de Agustín, and, after the festival, with Adrián, we took the films to the school in Mancera, and to others, in other communities.

Finally, I participated with my two latest pictures: El Otro Día, in the Chilean Gala 2012, and with Como Me Da la Gana II, which was the Opening Film for the 2016 festival, this time with a new talented director, Raúl Camargo, who has known how to delve deeper in a programming line that brings great cinema from around the world, and from within Chile. I have no doubt that the Valdivia Festival, which has gained international prestige, is the most relevant in Chile.
Driven by the air’s purity, by the rain, and by watching good films, in an environment of good conversations, the desire to make the next picture comes alive, and the next, and the next. It is a festival you want to go to, even if not presenting a movie, or are not a member of the jury – just as a member of the audience, for the films, parks and bars.