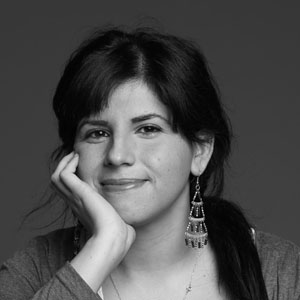 I participated in FICValdivia for the first time in 2012, with San Juan, a short film made with little resources, while I was in school, and where the actors were my relatives and neighbors. The day of the screening was the first time many of them came down from the countryside to go to the cinema. The experience was amazing, for them, and for me. I think, for the first time, they understood that the fact I was studying cinema did not mean I would star in a soap opera or host a morning show (as many seem to think). And, they stopped asking why I made them repeat scenes so much, that one time I came with a longhaired bunch to shoot over a weekend. After seeing themselves onscreen, the question became another one: when do we shoot again?

That small piece gave way to my debut feature, which received its first little nudge in 2013, once again at FICValdivia, with the ARCOS Award to the Best Script in Development. It was then that we started taking this dream of making a movie seriously. In 2016, it became a reality: Mala Junta had its world premiere in the region where it was filmed, as part of the Chilean Feature Competition.

On premiere day, as is common in Valdivia, it was raining in buckets. There, a man gently came up to me, I suppose in response to my horrified look, and said, “Don’t worry; those that have to be here, will be here… the chosen ones.” He was right. Over 400 people filled the emblematic Aula Magna Auditorium at Universidad Austral, a gorgeous, cathartic experience one cannot simply forget. After that, enigmatically, and during that entire year, every time Mala Junta showed, it started to rain. Wherever it was. I liked to think it was a good omen; that Valdivia was still with me.
However, I remember being stubborn with the organizers that year, insisting that the first show be held an hour away from Valdivia, in the community where the film was shot, with the neighbors. It was not possible for the premiere, but a short while later, the Festival, together with the Valdivia Cultural Center for Film Promotion, made that dream come true. Cinema made the trip to the community, allowing that hundreds of students and neighbors, not only from Mariquina, but also from the rest of the region, could watch Mala Junta, free of charge, and beautifully screened. In addition, there were discussion sessions and some of the moviegoers took their picture with the Pudú Award, as if it were an Oscar. They felt part of it.

In light of all this, it is impossible not to see FICValdivia as home and as a training ground, a place that not only has accepted me, but has also stimulated me to continue with the idea of expressing myself through filmmaking. It has also become a mandatory engagement every October, to be at the banks of the Calle Calle, to walk in the botanical gardens, and to stand in line once again at the entrance to the Aula Magna, to watch the upcoming Future Classics.