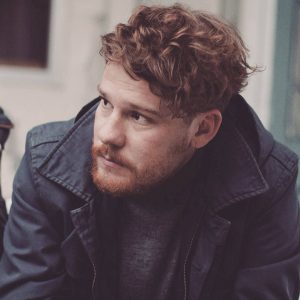 My memory dates back to 2006. It was during my first years in college: together with a group from my class, we were getting ready to go to what those days was called VALDIFF – the Valdivia International Film Festival. Along with my classmates and greatest friends Pablo Núñez and Ignacio Rojas, we wanted to take a camera to document the adventure, but the school would only lend us the equipment if we could come back with an interview with someone important. That year, the guest of honor was Jafar Panahi, so this was an amazing chance to meet the renowned Iranian director and generate a great document. We were committed to getting an interview with him, no matter what. So, they let us take the equipment, we got on the bus with the rest of the class, and the next day, we were already setting up tents in the backyard of our dear Valdivian classmate Paola Mosso.

Once at the festival, we insisted in trying to get the interview, but there was no answer. Some days went by, and after an amazing 35 mm screening of The White Balloon, we finally received an email from the organization, confirming an encounter with the great Panahi, at a conference room in his hotel. We got the gear and set off. Abdullah Omidvar came with us and officiated as translator. The scenario was intimidating: a mythical filmmaker, together with a renowned Chilean industry player, and us, trying to film an interview with a camera we were just learning to use. After greeting him, came the task of locating the camera. What should have been simple was not. The place was fool of large windows overlooking the river, which was gorgeous, yet traumatic at the same time, since the changing light in Valdivia made it almost impossible to get good exposure, especially in our inexperienced hands. The sun would come out and everything was overexposed; it went away and everything was in twilight. So we argued nervously for long time over what was the proper framing, while Panahi and Abdullah sat waiting. Our nervousness showed, and then the master spoke, “For every frame we make, there are 360 possibilities, but only one is correct, to capture the desired gesture and action. That is the job of the director: to find the right position in each frame to tell a story.” We listened, inspired. “Take the time you need to find the right position,” he added. After that, we excitedly looked for the right angle, until we finally made a choice and began the interview.

It was an unforgettable conversation that lasted over an hour. The only problem was the shot came out over exposed just the same, and the results were very mediocre. In other words, if, out of the 360 existing possibilities, there is only one correct choice, evidently ours was not it. Regardless, I fondly remember Panahi’s wise words about precision to this day, but even more so, how generous he was with his time at the festival, to give such a master class to a bunch of students hungry for cinema.