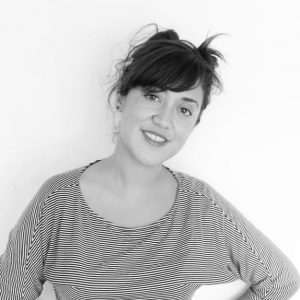 I started late watching good cinema: my childhood, surrounded with Disney movies and Madonna video clips, changed drastically when, at 16, I watched for the first time a film that changed my life and the way I saw the world. The movie was Saló, by Pasolini. The fact that Pasolini was that first approximation to a more interesting cinema, unlike the hegemonic cinematography I had seen before, was a stepping stone to search for more: I went on to quickly discover all the “inis”, like Fellini, and others like Rosellini, from the neorealism, and from the Nouvelle Vague, the likes of Godard. Just like that, a new cinema fell on my lap.

When I started studying it, I stumbled again onto something akin to Walt Disney. Something called the movie industry and the 13 stages of the hero’s journey, which would be the structure of commercial cinema, or the central conflict, as Raúl Ruiz would put it.

The first year at university, they took us to the Valdivia Film Festival. There, I was surprised once again. I saw something by Hong Sang Soo for the first time, and I remember watching Nana, by Valerie Massadian, which won the international competition that year. I was amazed by that film’s simplicity and power, while I suffered, learning to film inside studios. Seeing how to film differently was refreshing and necessary.

Then, we made Naomi Campbel, without any ambition other than to represent our friend in a powerful way, along with that place that inspired her so much, La Victoria. We put together a film following the creative pulsations that arose from what we were doing, without wanting to answer that easy pitch question: but what is it? Fiction or documentary? This desire of making a trans- film, just like our protagonist, made us rethink cinema. When we finished it, we had a monster, but it was Raúl Camargo and Erick González, whom we did not know, who discovered a Naomi that was, until then, in the shadows.

From here on, everything is the future, and Valdivia, an annual journey. I was there with Nona, Si me mojan, Yo los Quemo, twice, (and before its premiere!), and with Casa Roshell, a self-exile movie I showed for the first time in Chile at Valdivia, together with one of the protagonists, which meant a lot to me.