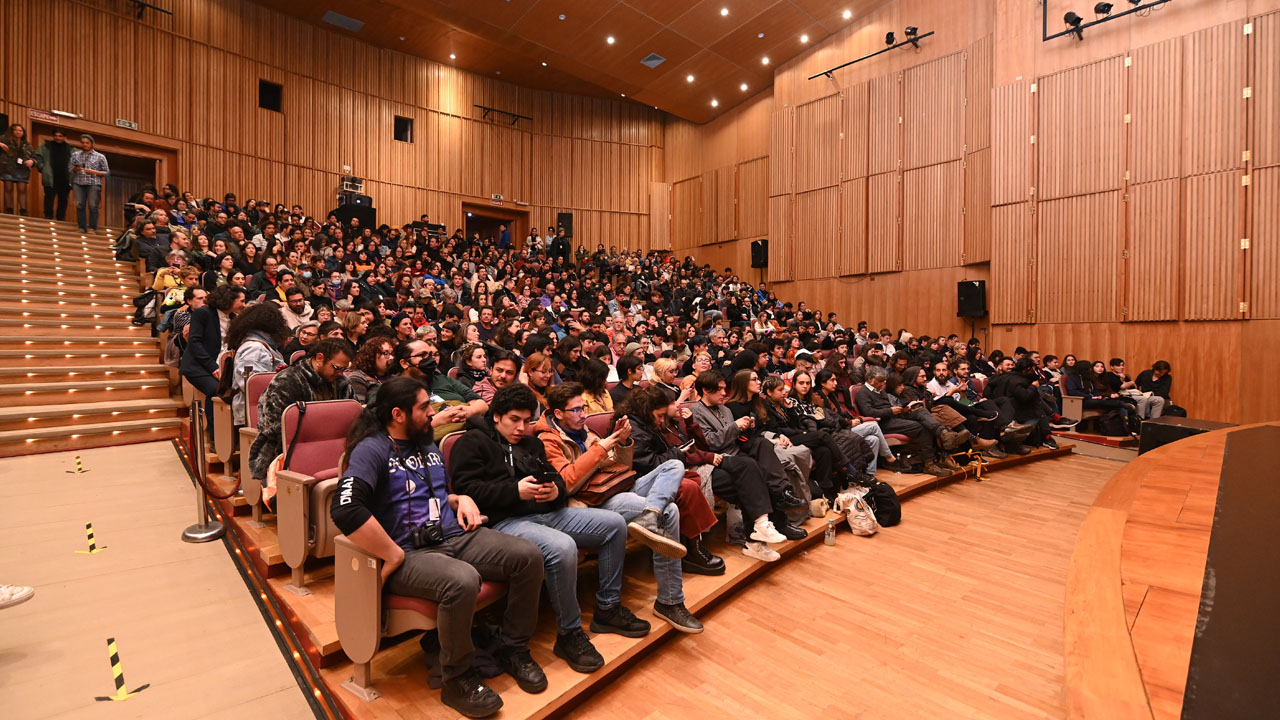 From a tribute to Violeta Parra, to the return of Ultraman, passing through a debate on the link between cinema and television, the agenda is packed, in this new edition of FICValdivia.

Valdivia, October 14. FICValdivia returned to in-person activity, in a 29th edition that is currently underway, to great success, in Los Ríos Region. The program includes more than 200 films from various countries, as well as dialogs and live music. Here are some highlights of the festival that concludes this Sunday.

The free series that combines music and cinema on the Valdivia waterfront has been a complete success. Presented by BancoEstado and Los Ríos Convention Bureau, it ends today, Friday, at 8pm, with a concert by the Valdivian group Malicia and by Javiera Parra y Los Imposibles. The music program will be crowned by the screening of Violeta Existe, a documentary by Rodrigo Avilés, about the reinterpretation of Violeta Parra’s Las Últimas Composiciones by Javiera and her brother Ángel.

Plans for the Whole Family

With children and families in mind, the What’s Your Story section offers features and short films. The motion picture Nahuel y el libro mágico, a Chilean-Brazilian coproduction about a boy who is afraid of the sea, screens on Saturday, at 3:30pm, at Cineplanet. On Sunday, at 11:30am, also at Cineplanet, there will be a Children’s Animated Short Film Showcase. Later, at 6:30pm, horror will take its turn in The Seekers: Thrill Night, a Danish film that depicts an adventure in the context of Halloween. This is a can’t-miss opportunity for the whole family.

As usual, the festival devotes its last day to re-screen the award-winning motion pictures of the present edition, which will be revealed on Saturday at 6pm, at the Awards Ceremony. The distinguished works will show on Sunday, at Cineplanet, and at Lord Cochrane Theater, starting at 11am. The information will be available, on Saturday, at the FICValdivia website and social networks.

An enthusiastic public has devotedly attended the screenings of Ultraman, the immense Japanese superhero, at Lord Cochrane Theater. These include, on the one hand, the exclusive premiere of Shin Ultraman – the character’s great return to the screen – and, on the other, the exhibition of remastered episodes of the original series. Shows continue until Saturday, at the iconic Valdivian theater.

Today, Friday, at 6pm, marks the end of Kawin, the cycle of talks on citizen issues, and of Voces Cine, the series related to audiovisual culture. The chosen topic is “Public TV and its links to national audiovisual production”, an interesting debate that will have actress Blanca Lewin as moderator. The panel is made up of Alicia Scherson, filmmaker and director of Uchile TV, Andrea Fresard, chair of the board at TVN, and Juan Yilorm, president of the Los Ríos Regional Council, at the Journalist College.